On a chilly October morning in 1501, a petite, red-haired Spanish princess stepped onto the sand at Plymouth in England. 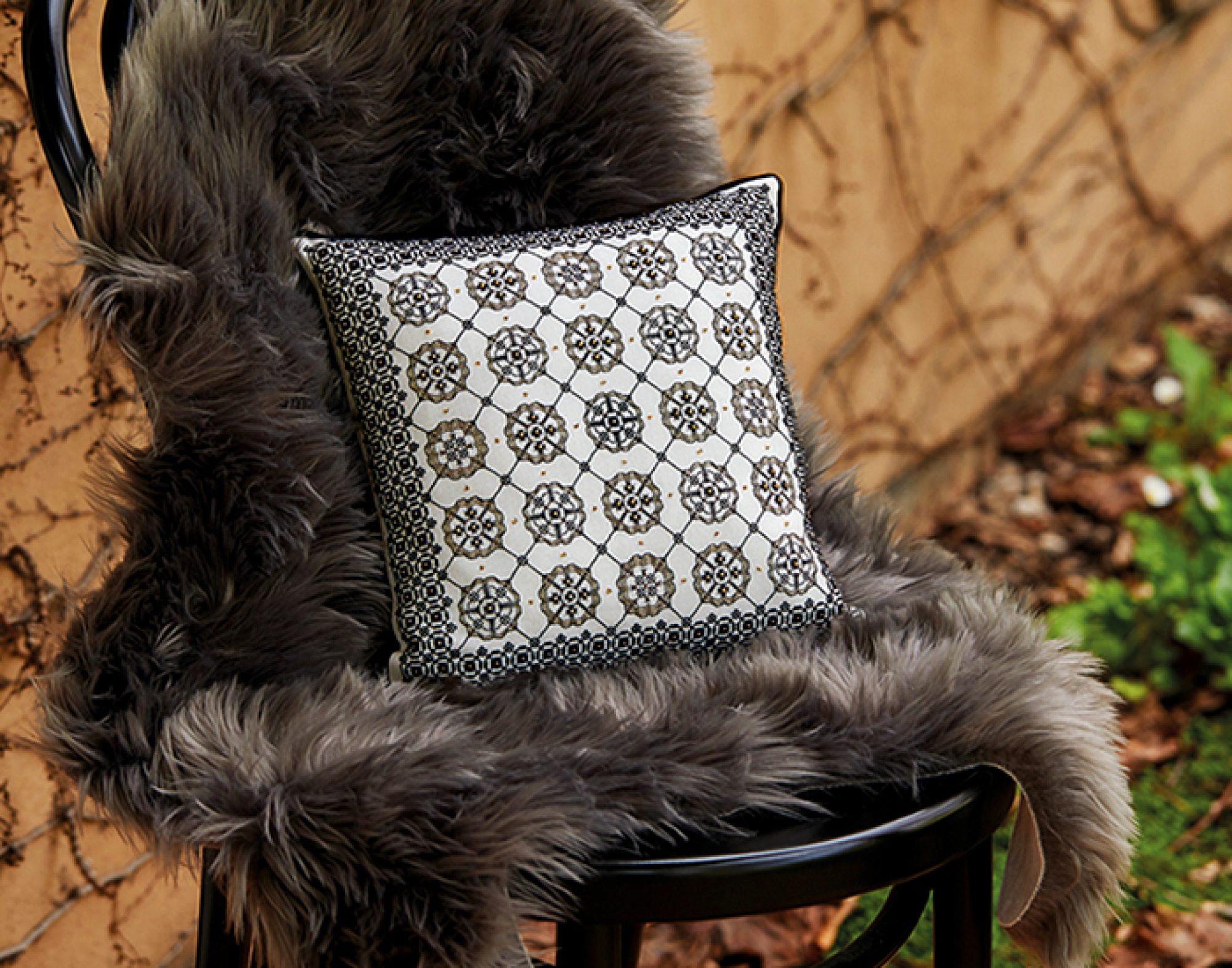 Catherine, only 15 years old, was soon to marry Arthur who was then heir to the British throne. She couldn’t have known at the time, but her life was to become one of defiance, controversy and upheaval, tragically ending in a lonely death.

When Arthur died just five months after their marriage, Catherine famously became the first wife of his brother, the soon to be Henry VIII.

And for 24 years she was Queen of England, with all of the influence which that title bestowed.

One of the influences that has been accredited to Catherine is her introduction of a form of embroidery which, at the time, was known as ‘Spanishwork’. After Catherine’s fall, the technique remained popular but was renamed ‘blackwork’ and was used to decorate collars, cuffs and clothing of the noble and wealthy.

Although we still associate blackwork with Catherine of Aragon, there is evidence in Chaucer that the technique was practiced in England as early as the 14th century. But let’s not take Catherine’s gentle influence from her, as its popularity can easily be attributed to her delicate hands. 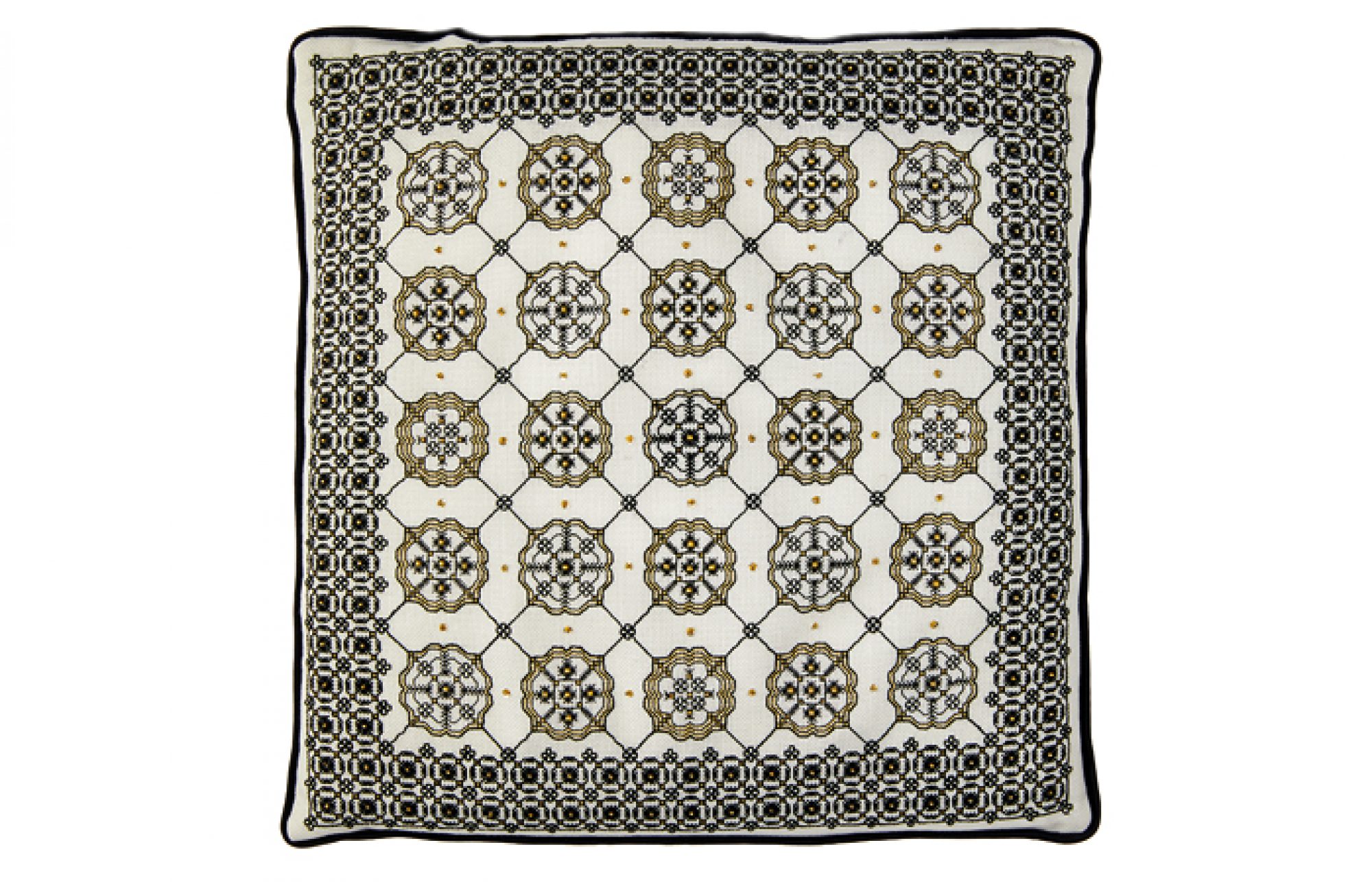 Christine Burton has embraced the Spanish heritage of this technique in her intricate cushion ‘Spanish Lace’ from Inspirations issue #105.

Catherine of Aragon herself would have recognised the Moorish design, where the pattern of motifs, embellished with hints of gold, come together to achieve a harmonious and fine lacy effect.

Because blackwork was often worked during the Tudor period on fine fabrics, designed for items of clothing which could be viewed from each side, it was traditionally worked in double running stitch. Also known as Holbein stitch, this reversible stitch was named after the artist Hans Holbein who painted many Tudor portraits of noblemen and women wearing blackwork pieces. 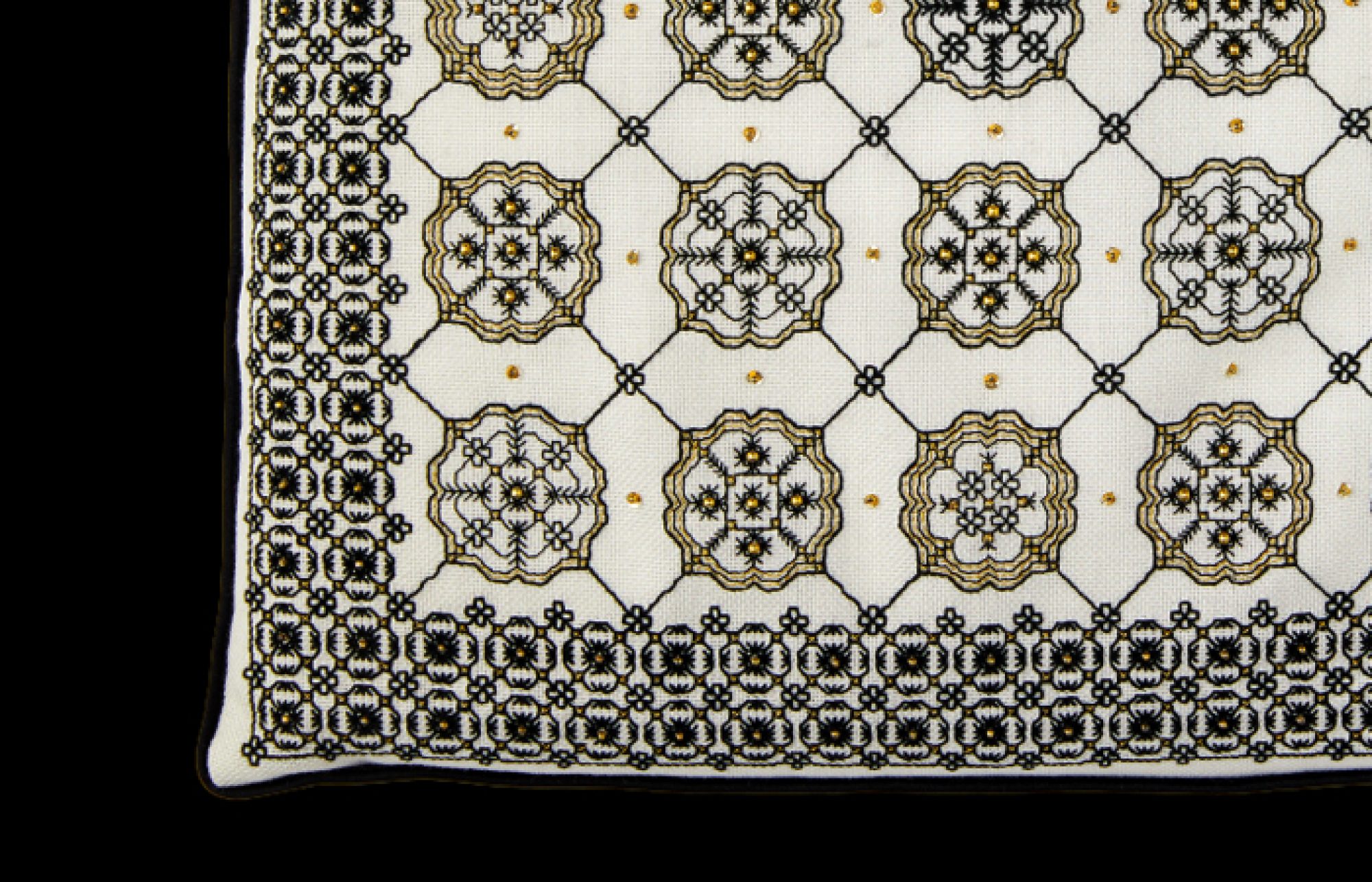 However, many historic pieces of Tudor and Elizabethan blackwork were worked freehand – not on counted fabric – and used any number of different stitches, including back stitch, blanket stitch, stem stitch and braided stitches. What defines them all as blackwork is the striking combination of black silk worked on a white ground. 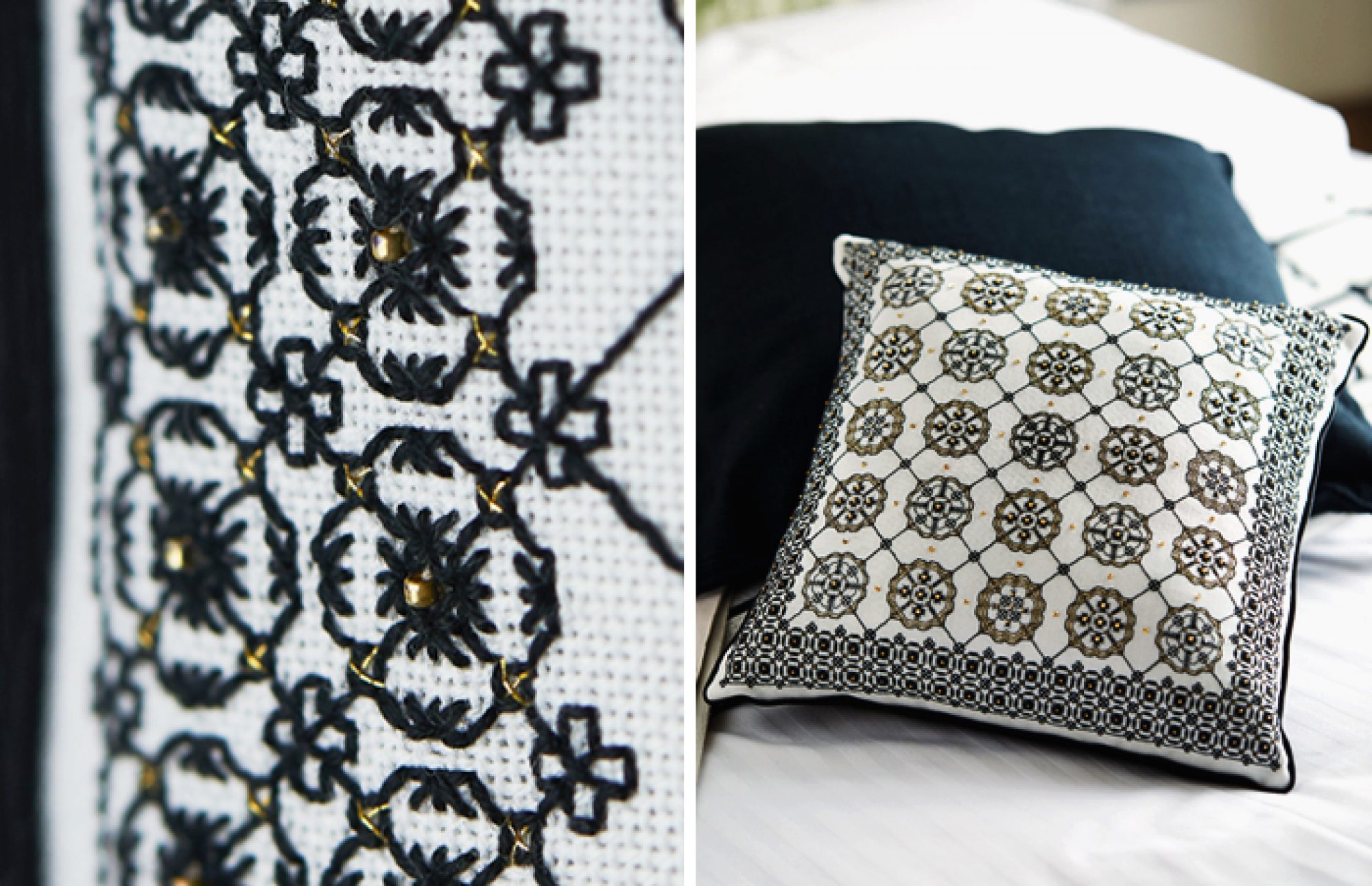 Christine’s beautiful pattern is not suitable to work completely in Holbein stitch, requiring a combination of backstitch, cross stitch, running stitch and double running stitch to achieve the filigree effect. 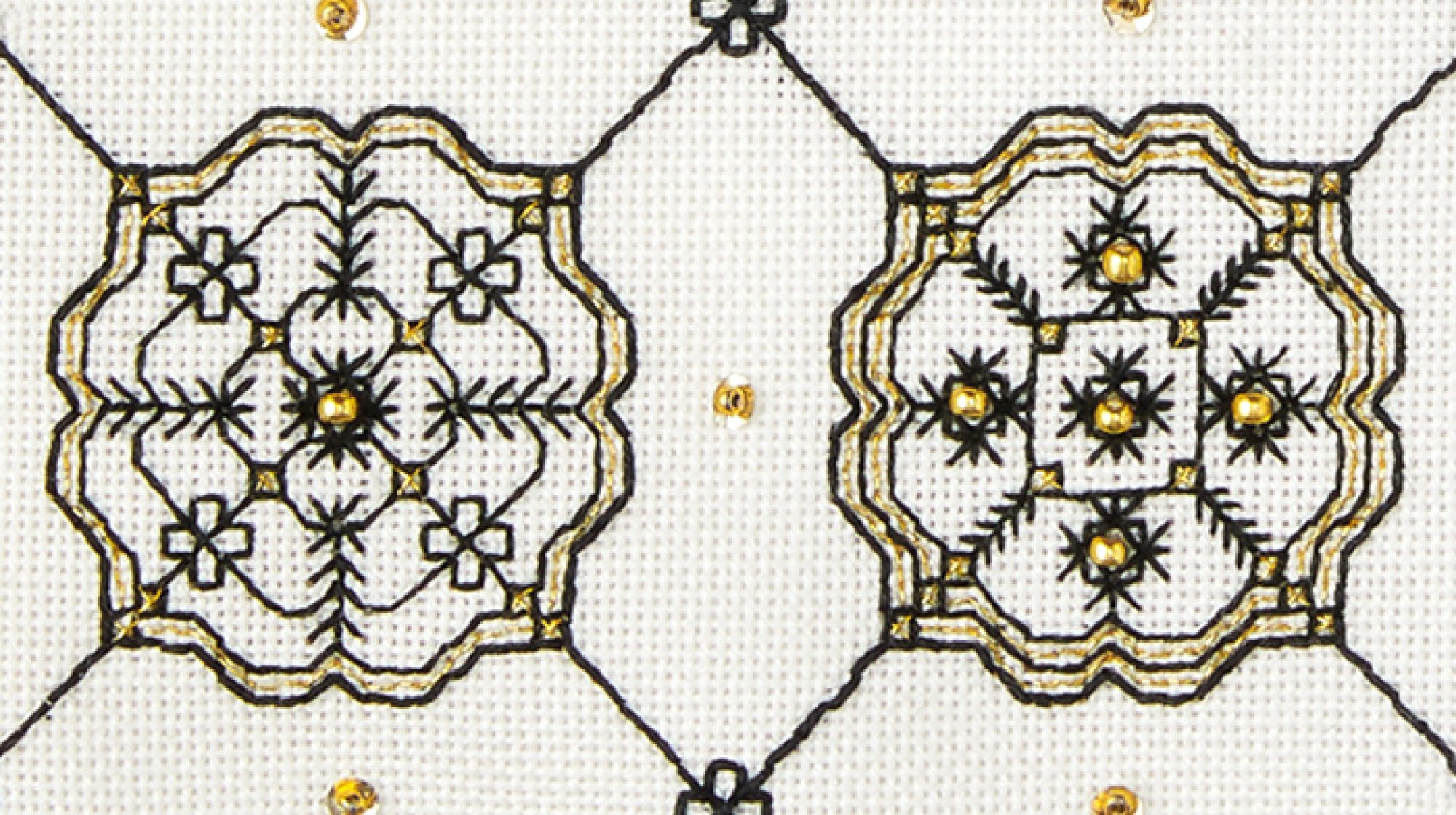 Regardless of which stitch is called for, the important thing about blackwork is to find a logical path to follow with your needle. Although this may seem intimidating, once you begin there is a gentle meditation in the process, like meandering along a cool forest path, taking one pleasurable step at a time. 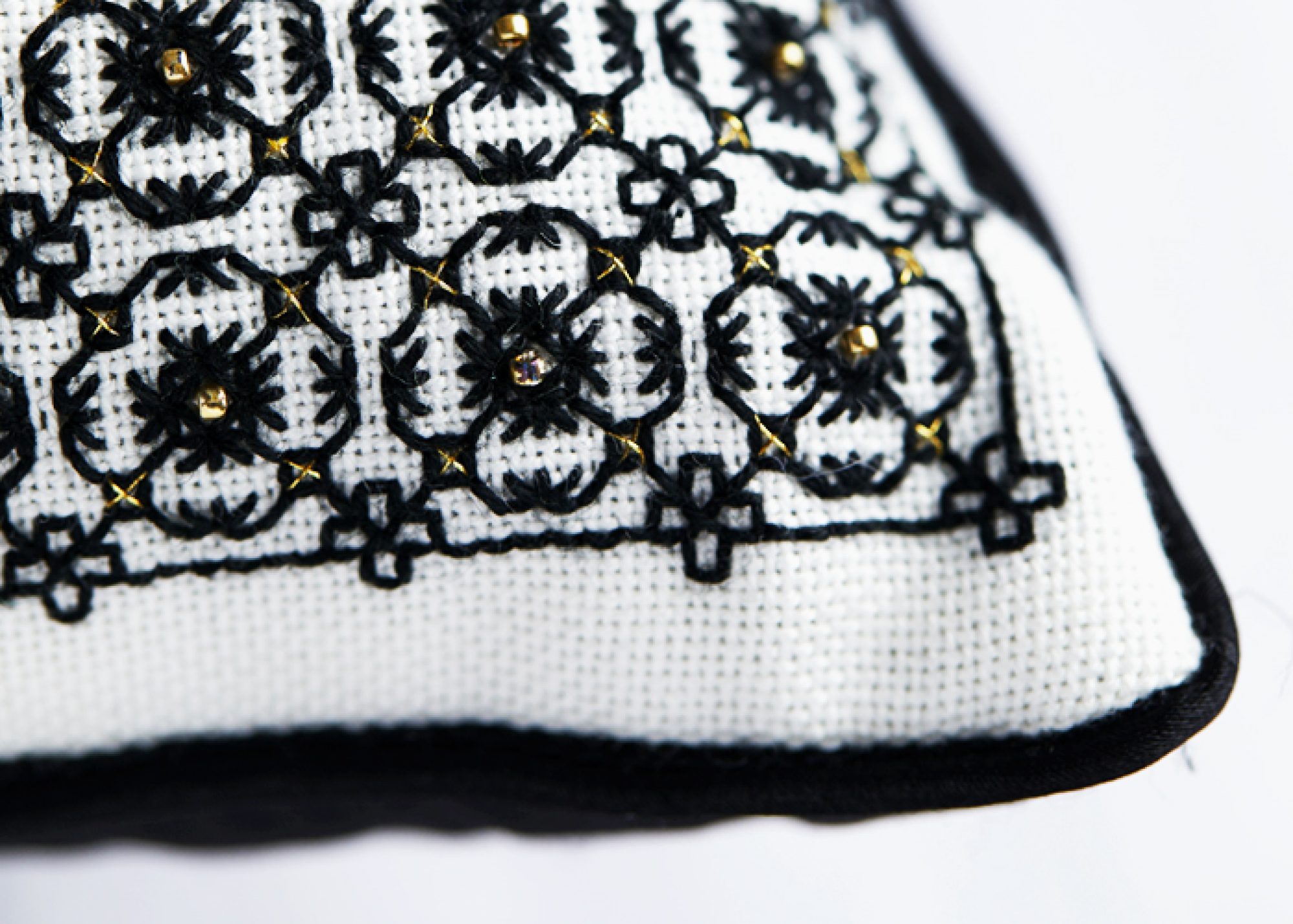 But rest assured, you are not alone on that path. Christine has provided clear guidance in the instructions included in the magazine to help you find the right direction. As there are no colour changes, the only distracting factors in your journey are posed by the different weights of thread. Varying the thread gives Spanish Lace its depth, with a heavier border and finer medallions, interlaced with glittering touches of gold. 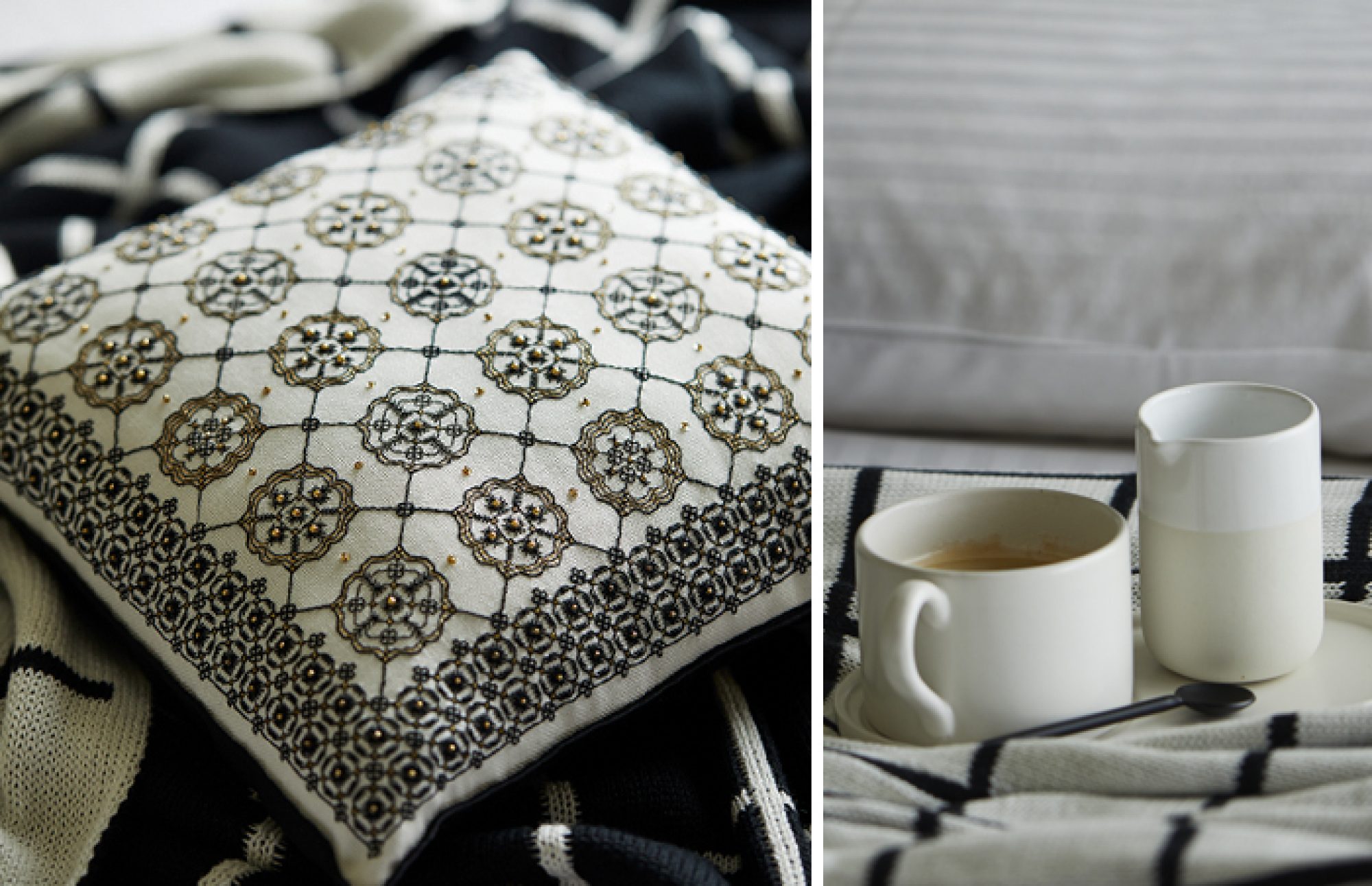 You can easily imagine the young Catherine of Aragon settling down in her new palace, unfamiliar language buzzing around her, and far away from home. She picks up a project – Christine’s Spanish Lace would be perfect – and immediately she relaxes. Her mind focuses on her path, her fingers trace the familiar shapes, and her concerns disappear. 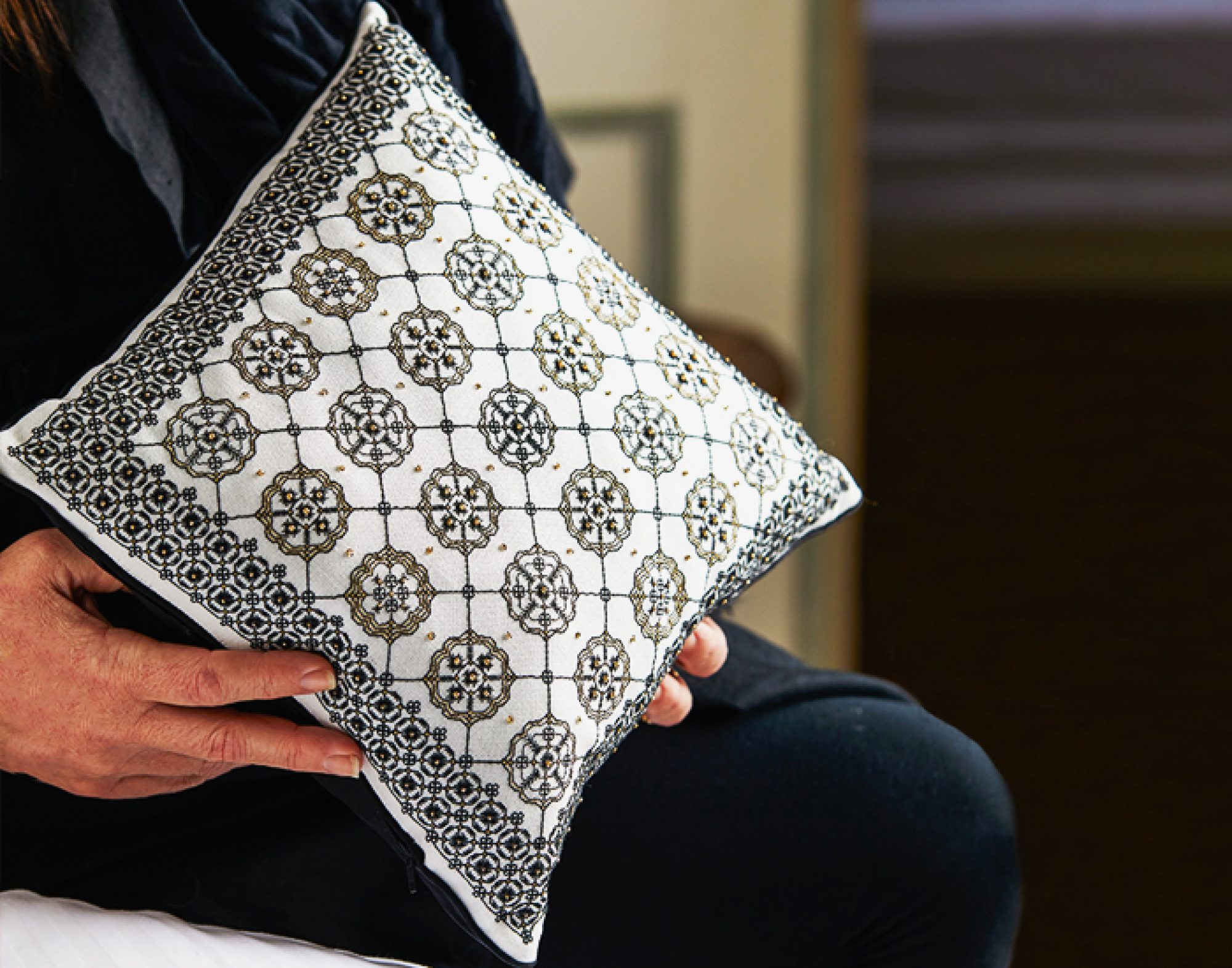 We’re sure that you too will find that sense of peace when you embark on Spanish Lace. A sense of peace which you will revisit every time you look at this beautiful cushion taking pride of place in your home.

Make Your Own Spanish Lace 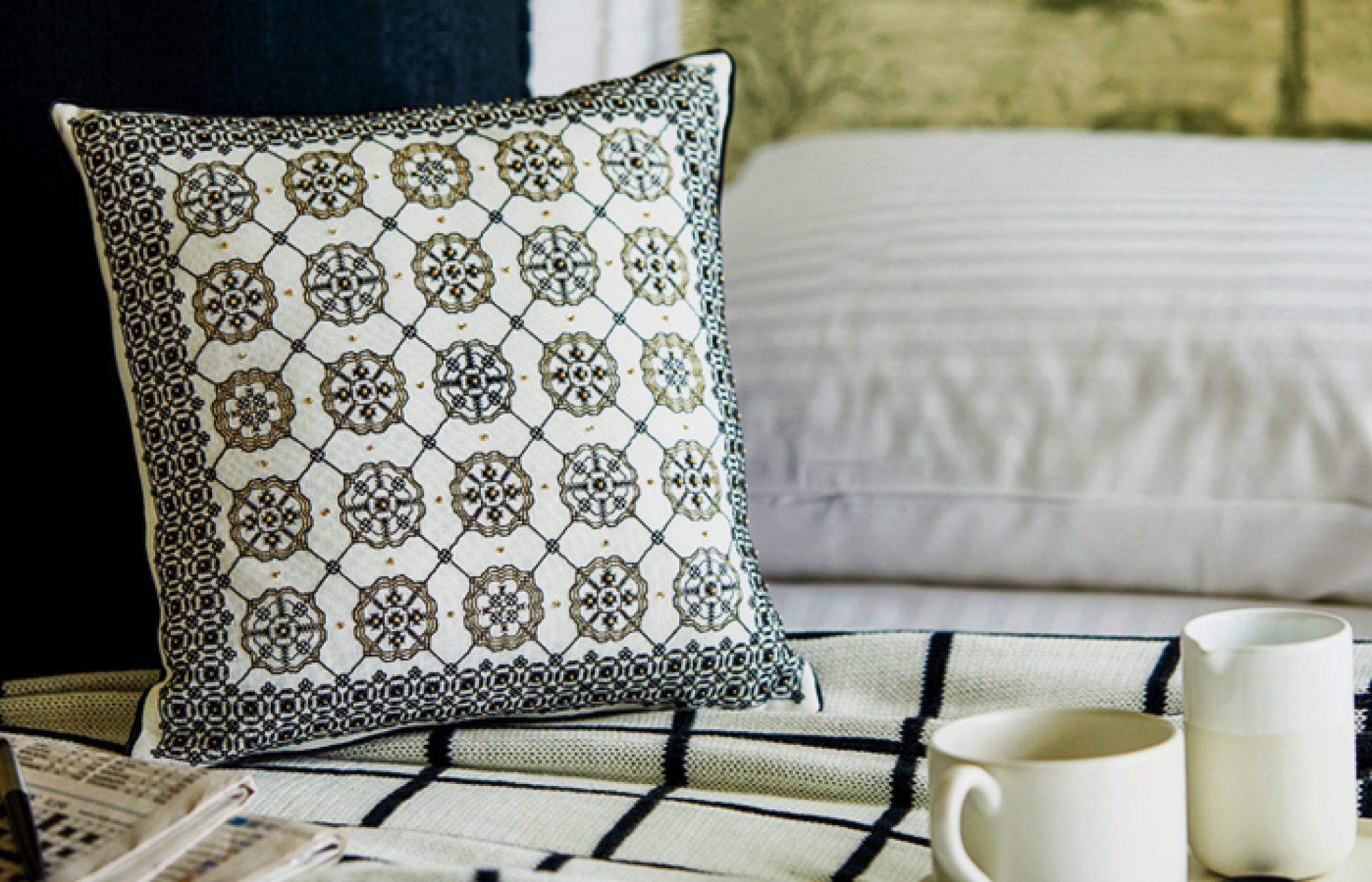 Please Note: To cater for flexibility of purchase, instructions are not included with our kits. For step-by-step directions on how to create this project, please refer to the magazine/digital pattern.