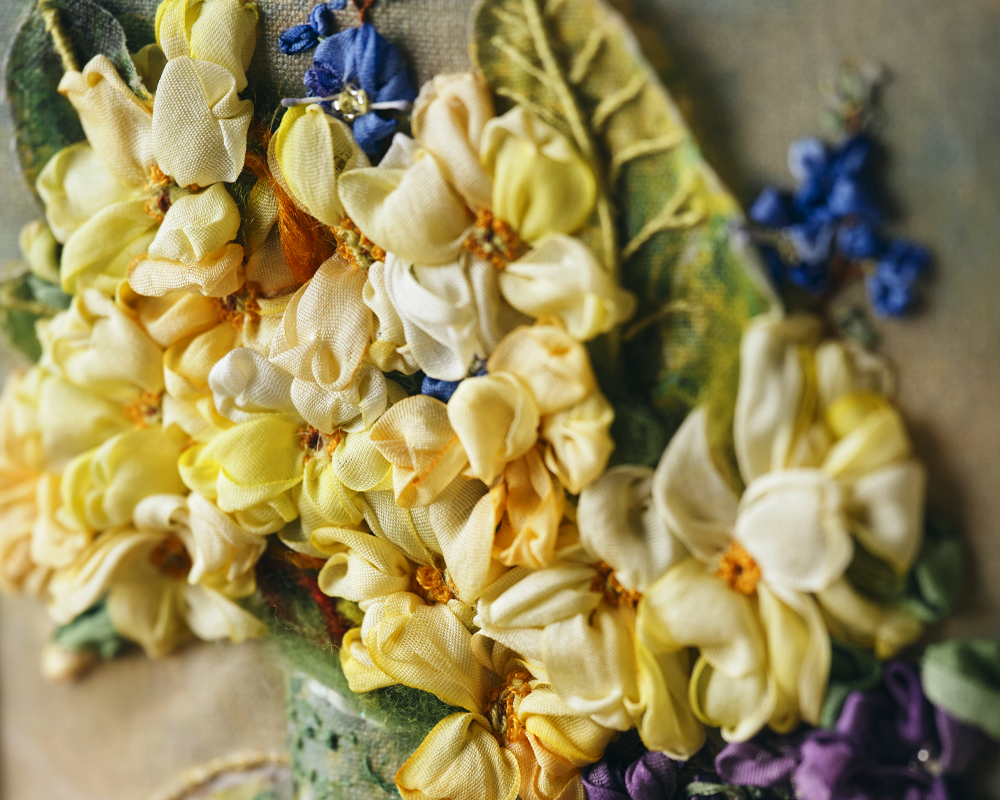 Have you ever set out to learn something new? Perhaps it was a new stitch or stitching technique. You get the idea and start stitching, but then come across someone or something that offers a slightly different way of looking at what you’re doing and find that somehow it makes the process just a little clearer?

Well recently, that very thing happened to us.

After talking about ‘The Middle’ in All Stitched Up! issue #337, we came across an article entitled ‘Wanna Run the Race of Life Well? How The In-Between is Shaping Who You Are’. After reading it, we found our ‘middles’ made just a little more sense.

Written by Callie Holland, it unpacked her journey as a runner and what she learnt from the ‘in-between’ of each race.

Although Callie takes to the treadmill at 5:15 each morning, she doesn’t consider herself a competitive runner, but rather an ‘are we done yet’ kind of girl. So, when her mum called to ask if she’d celebrate the year she turned 60 by running a race with her every month, her yes was a little shaky.

Over the course of the year, Callie and her Mum pinned their numbers to their shirts and joined the crowds at each of the starting lines to complete the 5ks, 10ks or half marathon that lay before them.

They quickly learned that each race was the same. The gathered crowd cheered at the starting line, if only to distract the thoughts of those who wondered what they’d gotten themselves into! Then, as the crowds thinned out and the runners separated, they’d eventually find their stride to cover the kilometers before them ‘alone’, only to hear the cheering grow louder once again as they neared the finish line and finally crossed it.

Yet, it was in that space, that Callie and her Mum became runners. It’s where they learned how to find their stride, breathe easier and find a way to believe that their bodies were capable of what their minds were saying they couldn’t do.

And so it is in our time with needle and thread – that ‘space’ between the excitement of starting a new project and the accomplishment we feel when we finally complete it, that’s when we become stitchers.

The in-between is where we find our rhythm in the meditative push and pull of needle and thread through fabric. Where we find the consistency of stitch formation and tension. Where we simply stitch.

The way we keep pace in the space between defines who we are when we take needle and thread in hand. So, here’s to always finding our stitching ‘stride’…