Embroidery as Rehabilitation After WWI

2018 marks 100 years since the end of one of the bloodiest conflicts in history. Of all the people around the world who became militarily involved in World War I, between 9 and 11 million were killed and over 20 million were wounded. For those wounded, being shipped out from the Front was not an end to the trials. Long months or even years in hospitals followed, with arduous rehabilitation during a time when medical practice was still primitive, and PTSD was unheard of.

For many returned soldiers, learning a new skill whilst convalescing provided a lifeline. Embroidery was a perfect craft for many as it offered a quiet, portable and intimate activity which did not require standing or much movement and could be undertaken in a group. 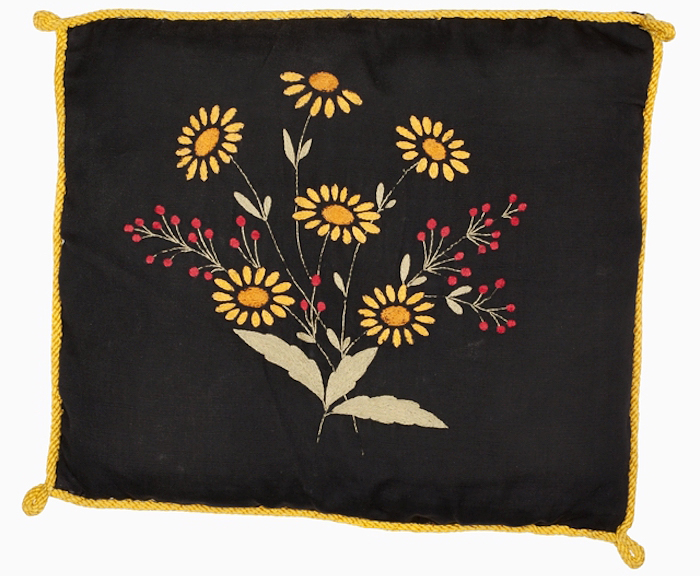 For some, such as Albert Biggs, it also provided the opportunity to develop fine motor skills after serious injury. Biggs lost almost all use of his right hand, so all of his embroidery was done with his left.

A number of surviving rehabilitation embroideries exist in museums around the world, including the Australian War Memorial and the Te Papa Museum in New Zealand. The pieces are often heraldic and patriotic in nature and many show amazingly delicate artistic and creative skills. 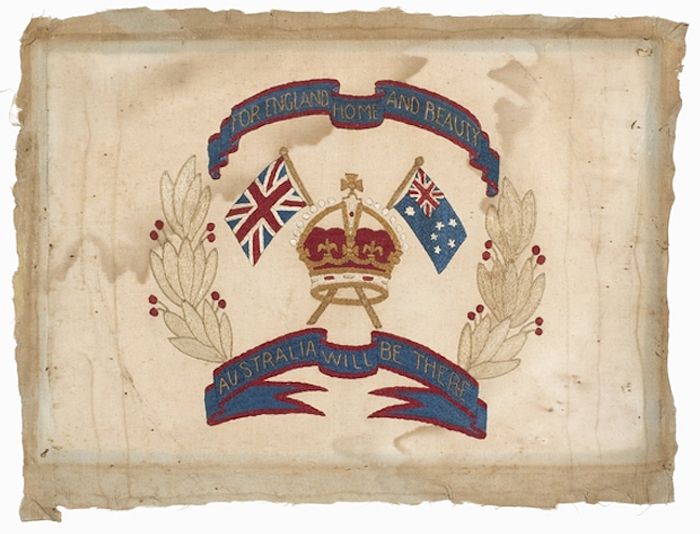 Imagine how difficult it must have been for many of these men, not only were they coming to terms with their experiences and injuries, they also found themselves incapacitated or heavily reliant on others for basic needs.

Embroidery or ‘fancy work’ was usually women’s work, and despite the societal chaos created by the conflict, this was yet another thing that had to be overcome. But the men who embraced this fine art were rewarded with several gifts.

A way of calming the mind; a way of producing something which was valuable and sought after; and an activity to help them forget they had any disability at all.

Since the First World War, embroidery has frequently been employed as an activity for those returned servicemen who find themselves in extended convalescence. 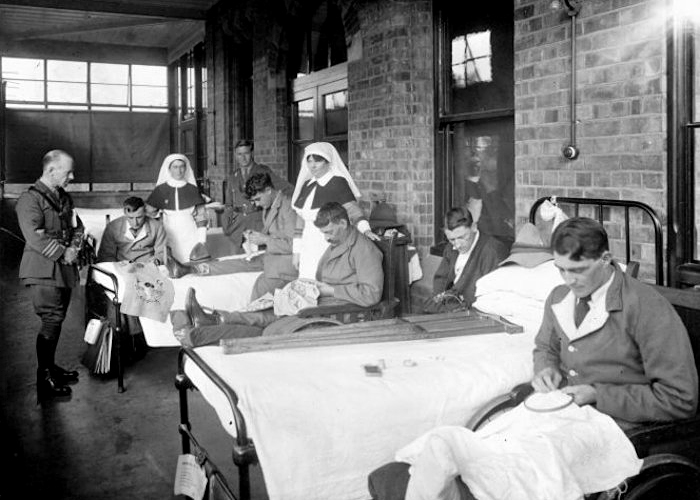 We may all curse and lament the fact that wars continue to rage. We may wonder at the futility and grieve for those that have lost their lives in the past and continue to do so to this day. But at least needlework can provide therapy and calm amidst it all, small solace though it may be.