For regular readers of All Stitched Up! you’ll know that we have been talking a lot about lace in recent weeks. We’ve discussed many different kinds of lace, from bobbin lace to crochet. However, we knew that we were really only scratching the surface of this distinctive and ethereal fabric. There are so many other ways to produce lace that we’re sure to be uncovering them for years to come.

We were pretty excited then to realise that the latest project by Mike Parr in Inspirations issue #114 represented yet another lace technique. Entitled Dresden Lace, this simple, crisp and stunning design is worked in a traditional technique originating from way back in the seventeenth century.

Dresden lace is a form of lacy whitework that employs a range of counted thread stitches.

It has variously been known as point de Saxe, Dresden point and toile de mousseline, and was said to have first come from Dresden in Germany. Traditionally worked on high count evenweave, it is hard to believe that the stitches are counted as most appear to simply float above the ground fabric. 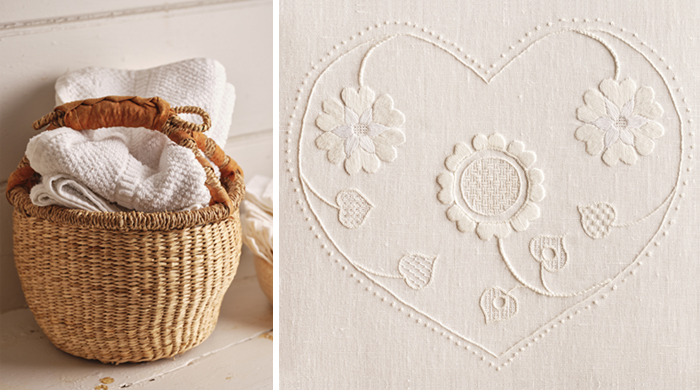 The characteristic motifs of Dresden lace were hearts, flowers and foliage with plenty of scrolls and ribbons. Often the shapes are filled with different pulled thread stitches to create elegant holes and increase the lacy texture.

It is the combination of pulled thread shapes with the solid motifs, often worked in counted satin stitch, that creates the characteristic finish of this historic technique. 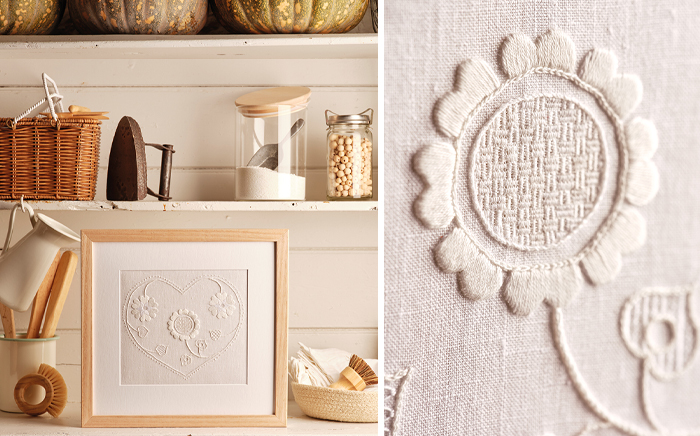 Mike Parr has created a project that is the perfect introduction to Dresden lace embroidery. He has selected the traditional heart shape as the frame and filled it with flowers and tendrils that seem to jump out from the ground fabric.

The petals of the flowers are all worked in counted satin stitch, giving them a satisfying solidity.

They are then contrasted with a variety of pulled thread stitches in the centres of the flowers and each of the heart shaped leaves, offering a fascinating texture and allowing the stitcher to try their hand at several different stitches. 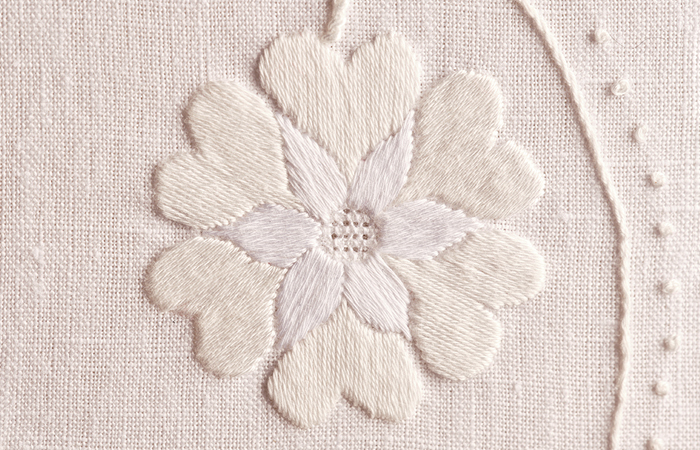 Worked in the traditional white on white, the resulting project is true to its seventeenth century origins yet would not look out of place in even the most modern of houses.

Mike has taken the best of early Dresden lace design, with the solid outlines acting as the perfect frame for the intricate pulled thread centres, but reduced the number of motifs down so that his project is completely on trend for the 21st century. 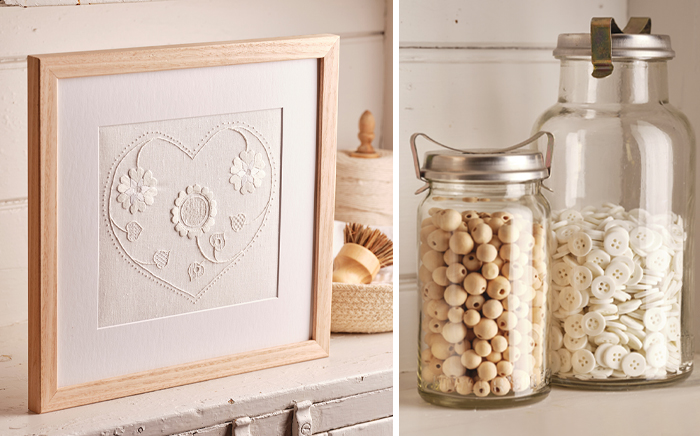 The ease of the instructions and the simplicity of this design will make Dresden Lace a joy to stitch. We love seeing a centuries old technique continue to be practiced and developed so that it will be enjoyed well into the future.

Make Your Own Dresden Lace 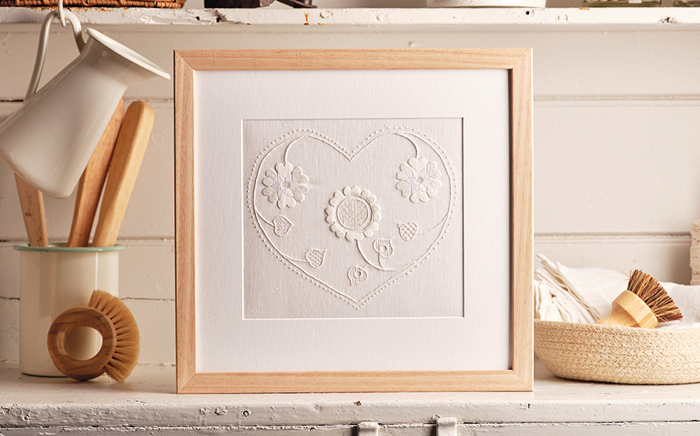 Dresden Lace by Mike Parr is a graceful, whitework heart filled with flowers and leaves in Dresden embroidery.

*Please Note: To cater for flexibility of purchase, instructions are not included with our kits. For step-by-step directions on how to create this project, please refer to the magazine/digital pattern.