Cutting to The Chase on Scissors

In every needlework basket in every part of the world you will find the basics. Needles, pins, perhaps a thimble. But most important in any kit is a pair of scissors. 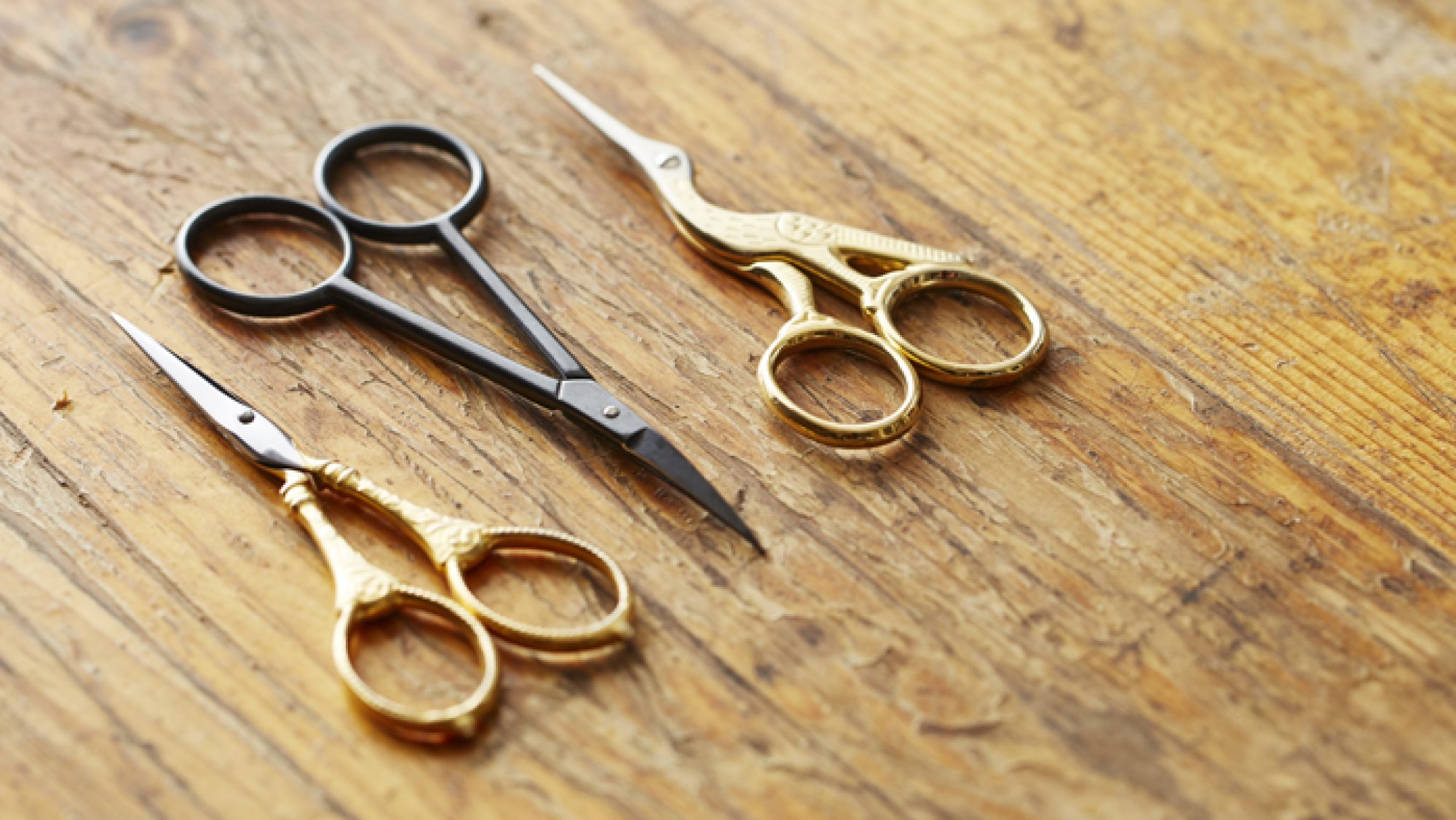 Whether we have just one pair which we wouldn’t part with for the world, or we have a pair of scissors accompanying every work in progress, scissors are fundamental to stitching.

But with the dizzying array of scissors available, how do you know which pair to choose?

Scissors have been around for a very long time. There is evidence that those clever Egyptians used a kind of U-shaped scissor design, not dissimilar to the old shears which we used to use for gardening (or shearing sheep!).

The first cross blade scissors were probably developed by the Romans. We call them ‘a pair’ of scissors because each blade is actually a single ‘scissor’ – hence a pair. Initially fulcrumed with a rivet which was replaced by a screw, scissors have not really changed much in functional design since then.

Early scissors used to be crafted from iron, but in the 1700s it was determined that steel was far more durable and gave a better edge. Steel had been developed in Sheffield in England so it was no surprise that some of the best scissors in the world started to come out of that town. 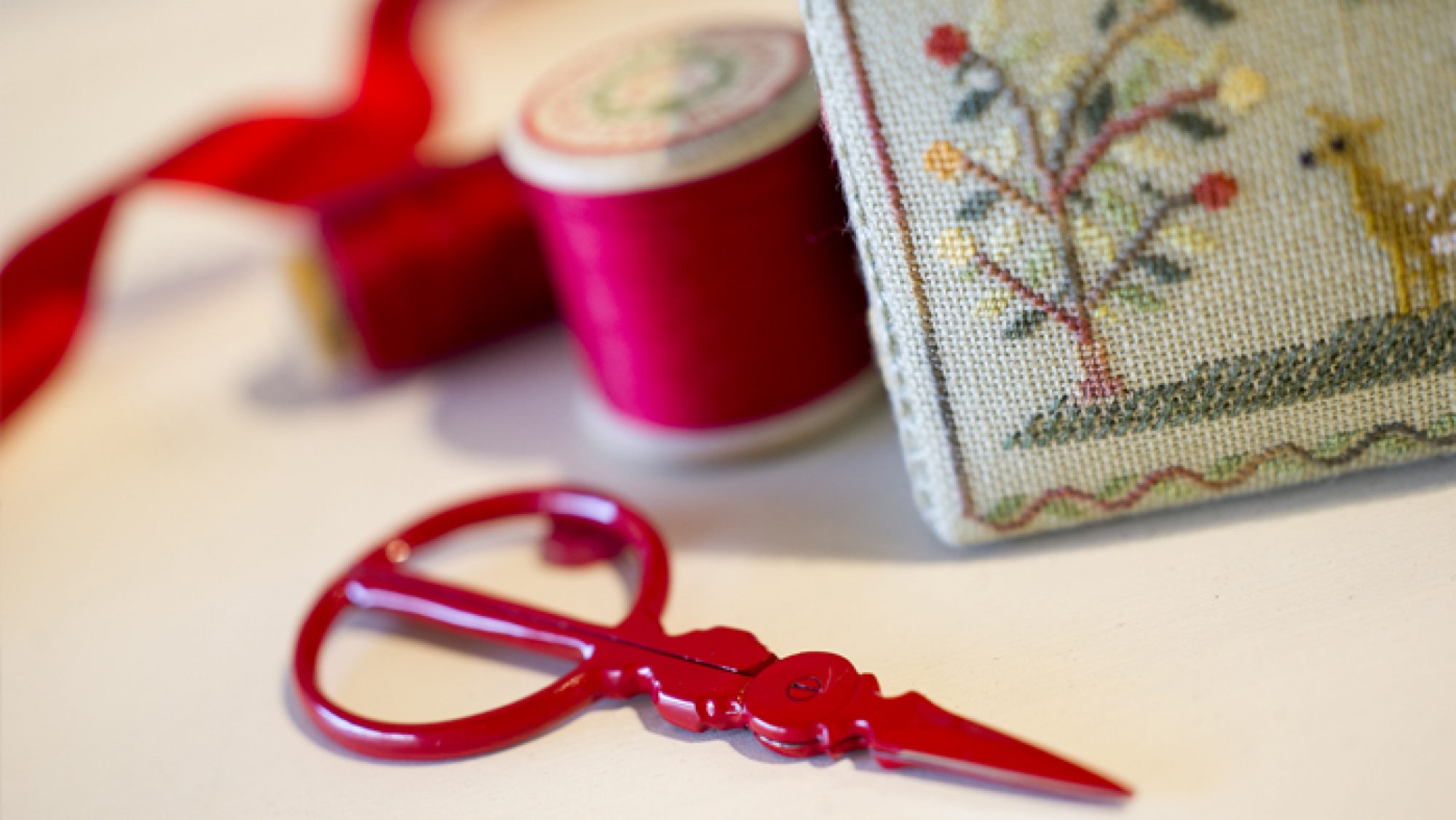 Completely hand worked before 1840, as industrial techniques became more common, scissors were soon hot-forged – a process similar to the minting of coins. By the 1920s, it became more economical and efficient to cold stamp them which reduced the ability to include ornate patterns, but produced a stronger steel. Nowadays, carbon steel and stainless steel are both used frequently in manufacture.

Throughout history, embroiderers have known the importance of having a good, sharp and practical pair of scissors in their embroidery kit and most embroiderers guard their scissors meticulously (rightly so, especially in households with husbands looking to cut their toenails or children looking to cut out their drawings!).

But the success of a pair of scissors comes not just from the sharpness, but also from the tension and twist of the scissor blades.

Most of us probably have at least one pair of stork shaped scissors. Curiously, stork scissors developed from midwifery forceps used specifically to cut the umbilical cord of a newborn. The stork represented new birth. Although the stork is still common, nowadays you can get all kinds of figurative scissors, including kangaroos, hares and even unicorns. 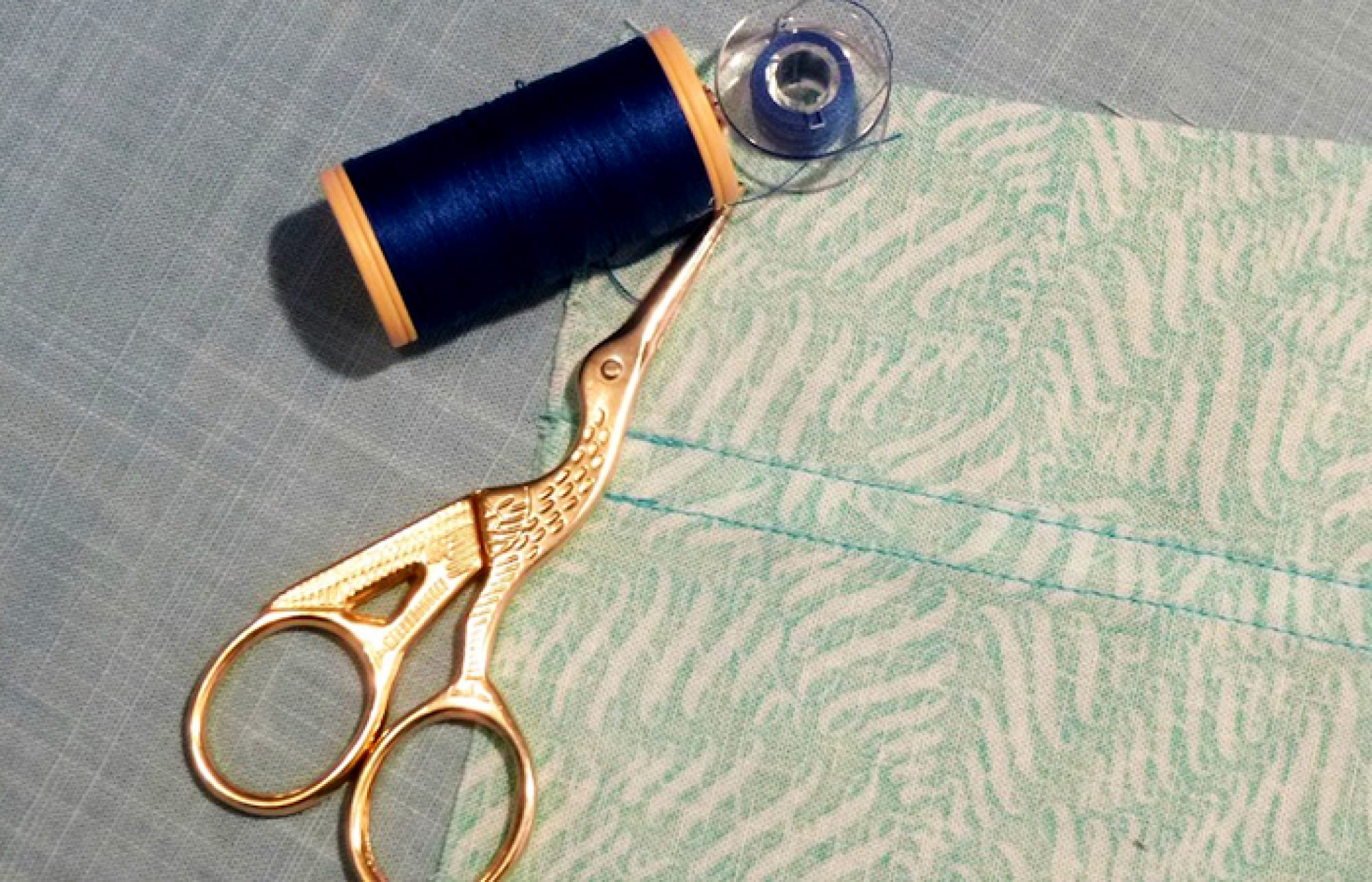 Figurative imagery aside, the rule of thumb with embroidery scissors is that as long as they feel comfortable in your hand and they cut cleanly, then they are the right scissors for you. Cost does not always factor into this as there are some excellent, low cost embroidery scissors available which many embroiderers swear by.

If you work with metal threads, it is recommended to at least have a separate pair of scissors for cutting your metal thread or wire, as using your regular embroidery scissors will be a sure-fire way of blunting them! Many goldwork experts recommend using specific goldwork scissors.

These have a very fine serration on one of the blades – so fine it is difficult to see with the naked eye. This helps to grip the wire or metal thread and ensure that it cuts cleanly. 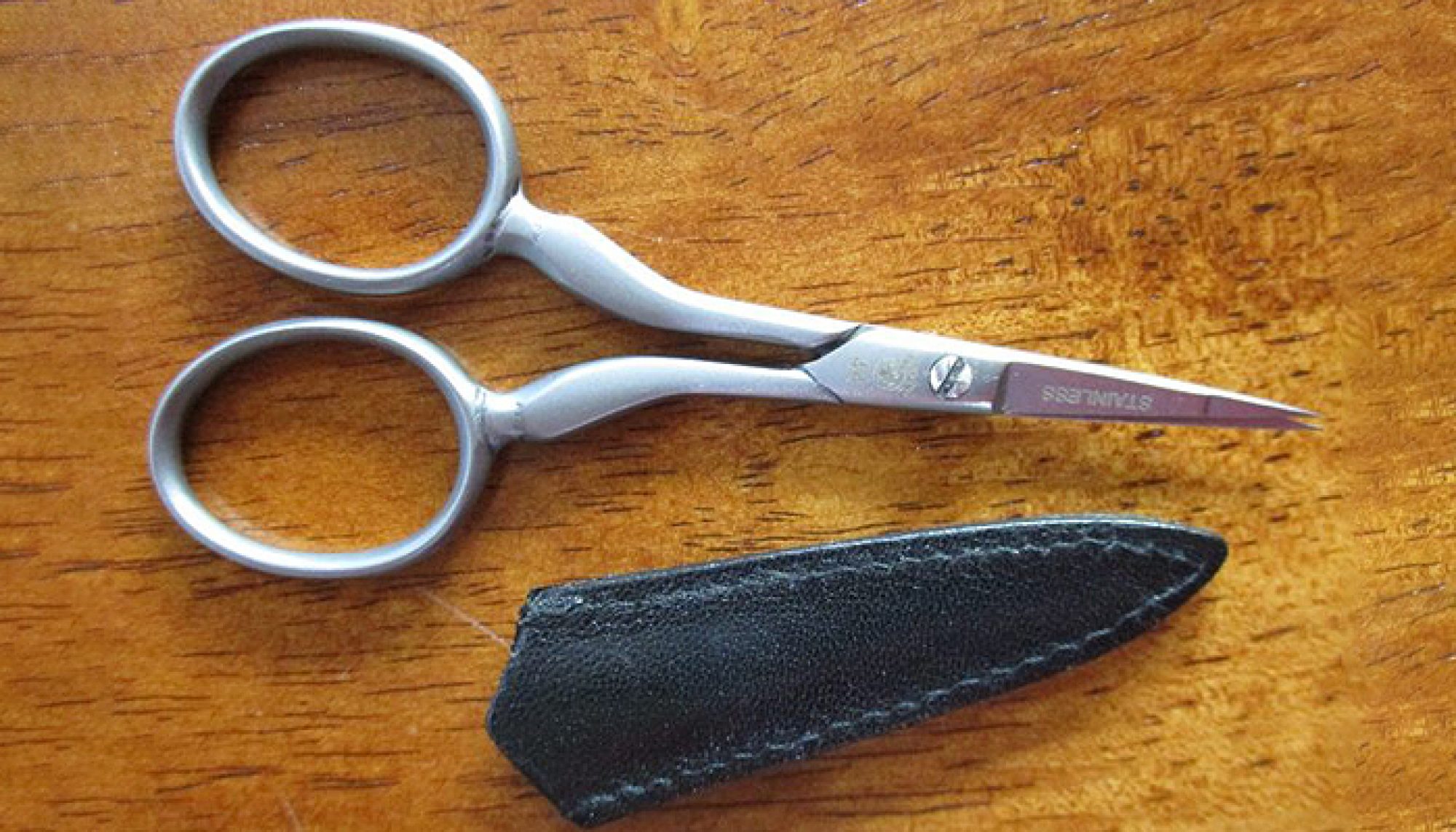 For Hardanger or cutwork, the rule is that the points must be at the correct angle – approximately 10 degrees is ideal – and the blade must be narrow. This is to allow you to insert the scissors between the threads in the linen and cut a single thread with precision. Some people prefer to use scissors with an angled blade for Hardanger to help keep the fingers above the fabric while cutting threads, but a straight, fine pair will work equally as well. 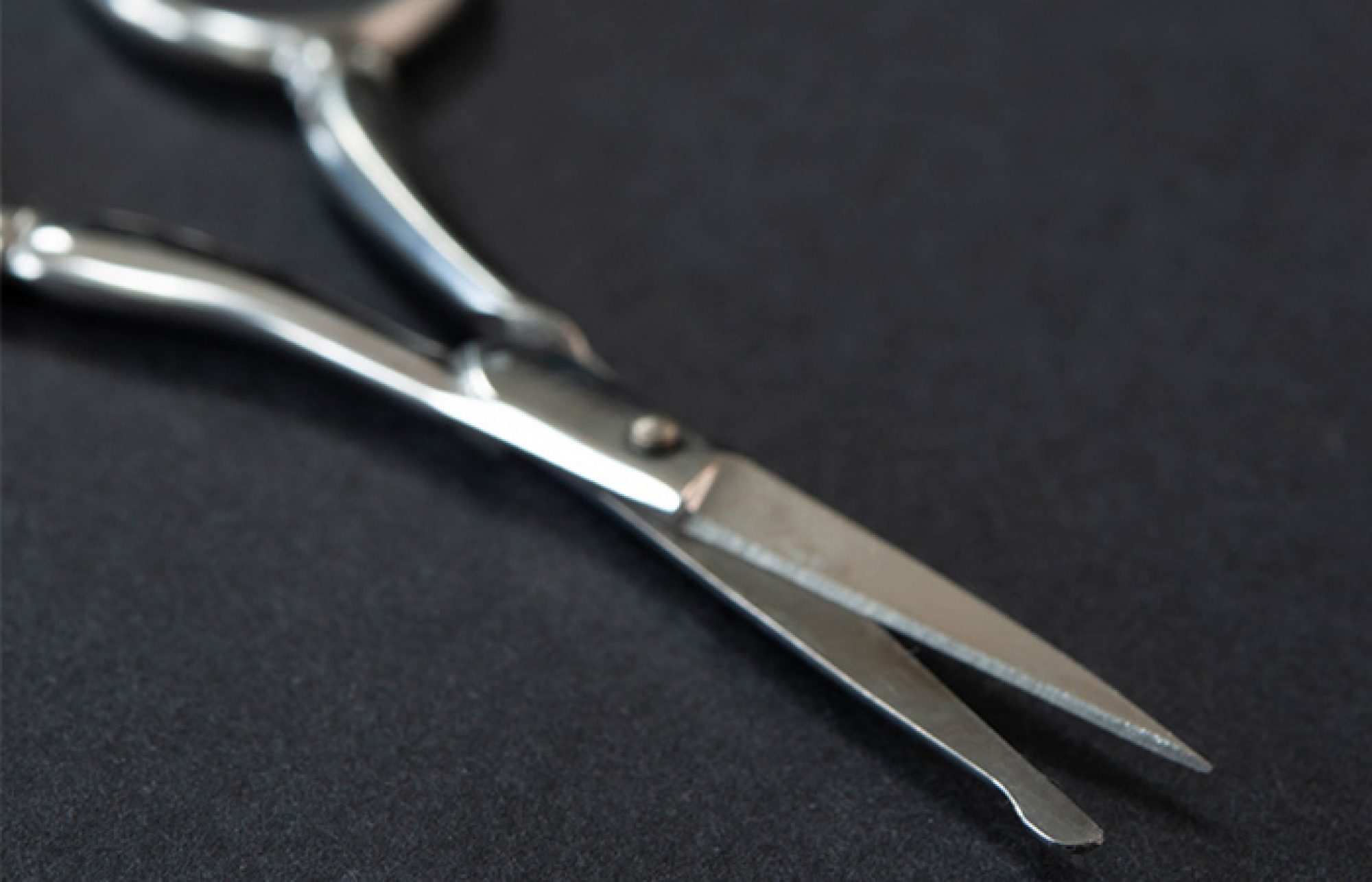 For lace work or for delicate appliqué, lace scissors are very useful. These have a nib on the bottom blade to prevent you from inadvertently cutting through a bottom layer.

No matter which scissors you choose, investing in (or better still, making) a sheath or point protector is really important. There is nothing worse than watching your fine pointed Ginghers fall off the table to the hard floor, knowing that the points will never be straight again! 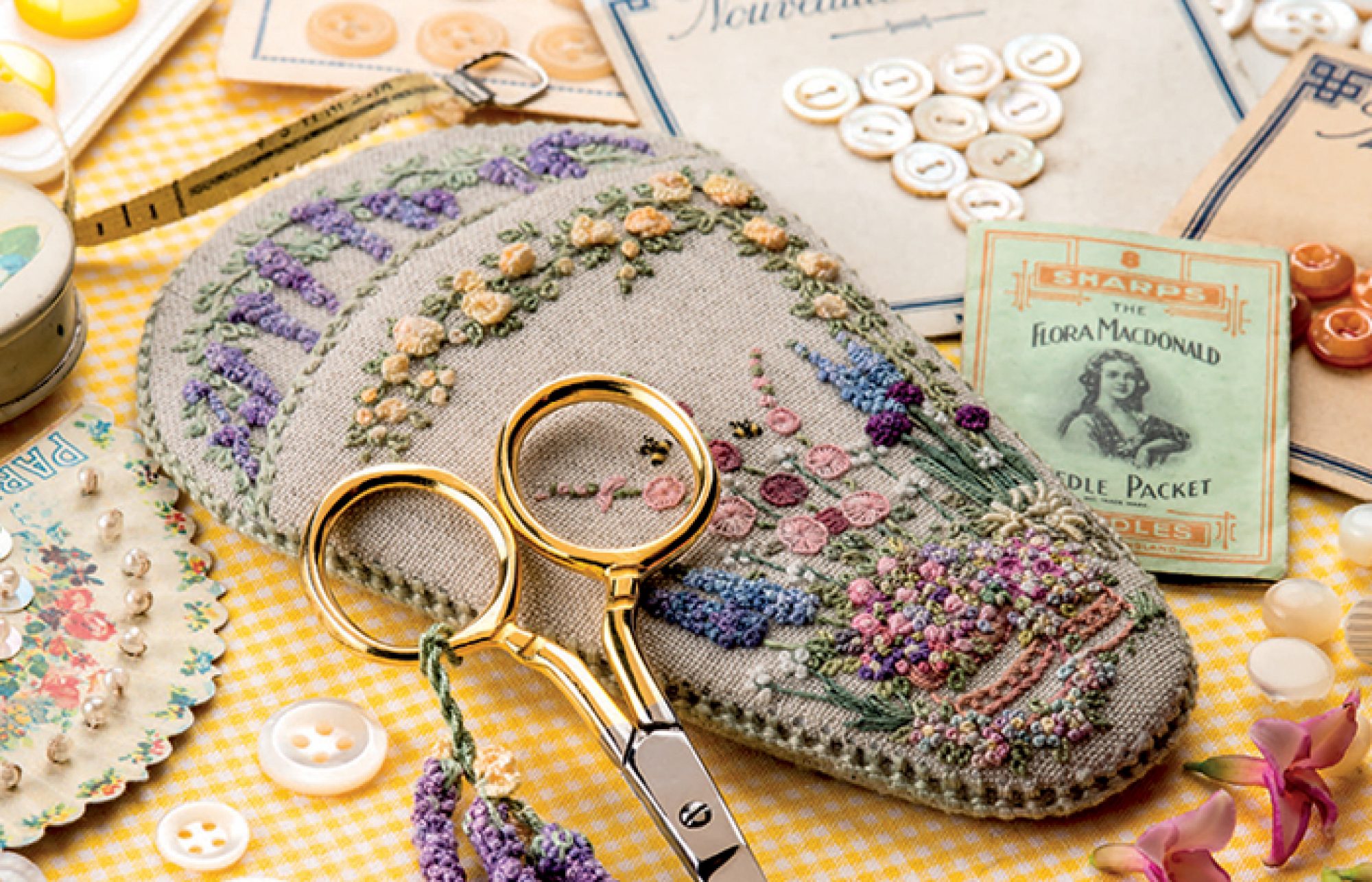 Another good way to help avoid that disaster is a weighted scissor fob. This can easily be made by putting a coin inside a fob before you sew it up. This means that if your scissors fall, the weight will land first and hopefully reduce the possibility of bent points. It also has the added bonus of helping you not lose those scissors down the sofa! 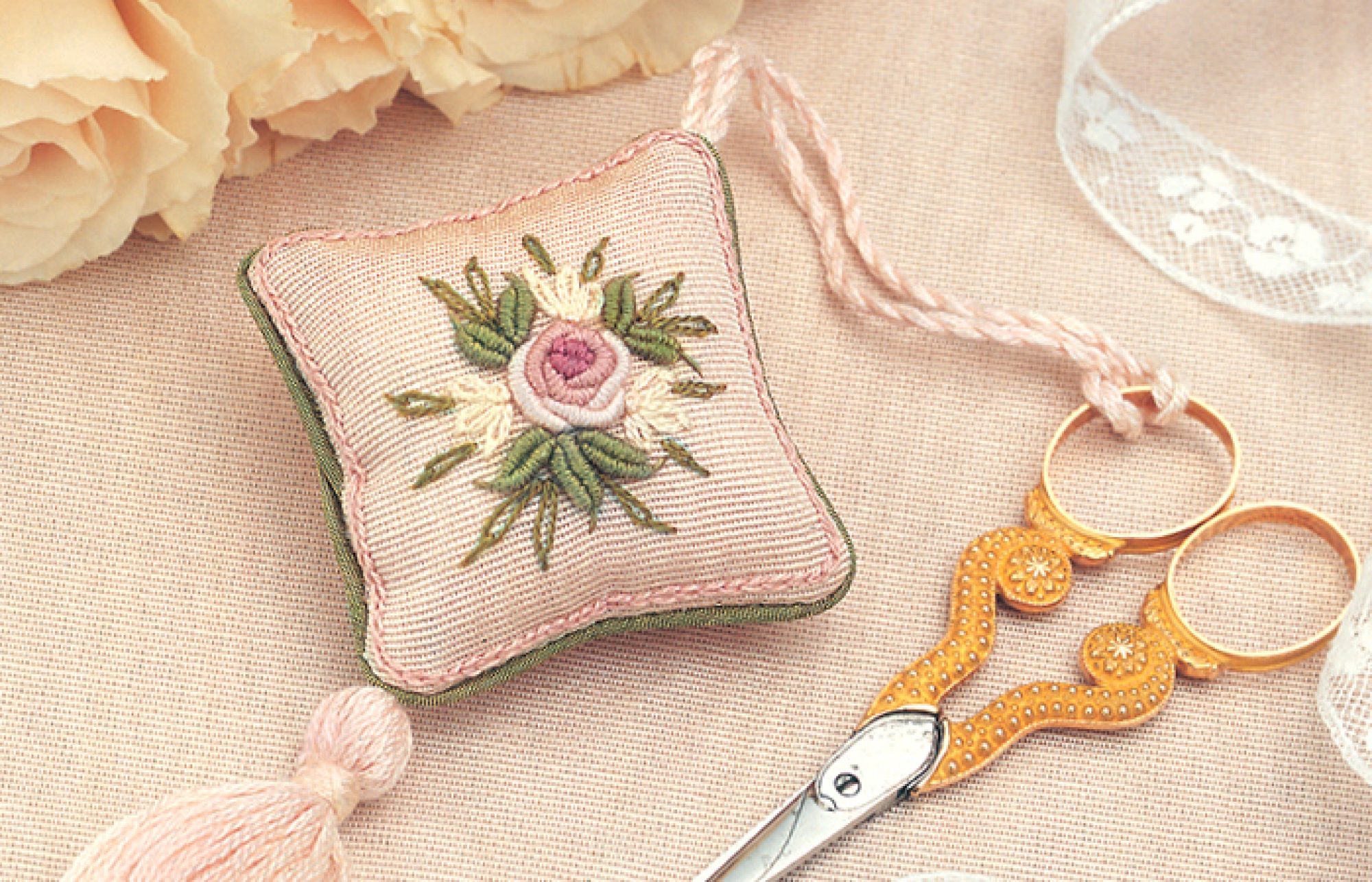 Some of us love scissors and love collecting them. Others of us just love our one, special pair. Whichever end of the scale you fall on, we all agree that scissors are a practical, beautiful and essential part of our kit. We couldn’t imagine living without them.