For those of you who are long time readers of our weekly newsletter, All Stitched Up!, you may have noticed that we’ll often try and link together individual segments within the newsletter with a common theme. This week’s theme was Beating Around the Bush, so we’re sharing some stitching that has a direct link to BATB, in this week’s ‘What Are You Stitching?’…

‘My local guild, the Mississippi River Valley Chapter of EGA is stitching Betsy Morgan’s Tall Year Square from Inspirations #93. I have finished my panels and am waiting for the rest of the group to catch up, so we can put it together!’ 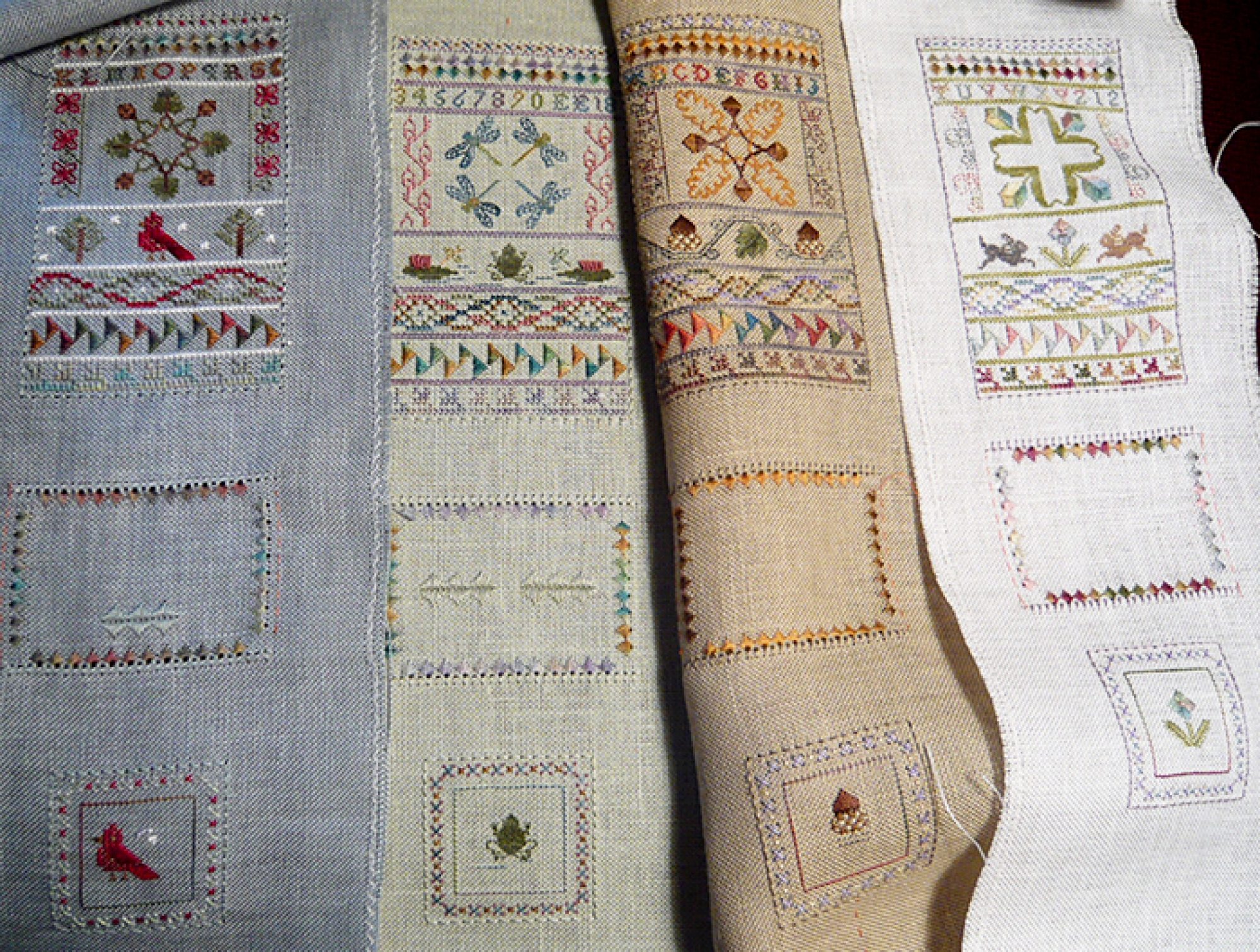 Beth, Betsy taught this project at Beating Around the Bush in 2016 and you’ve done her design justice with your precise stitching and attention to detail. We hope everyone from the Mississippi River Valley Chapter of EGA catches up soon as we can’t wait to see the finished result!

‘I just finished stitching this beauty from Hazel Blomkamp in Inspirations Magazine #93. This is by far the most challenging piece I’ve ever tried, but it’s finally complete and I think it looks pretty good. Thank you for inspiring me to stretch my abilities and try something new!’ 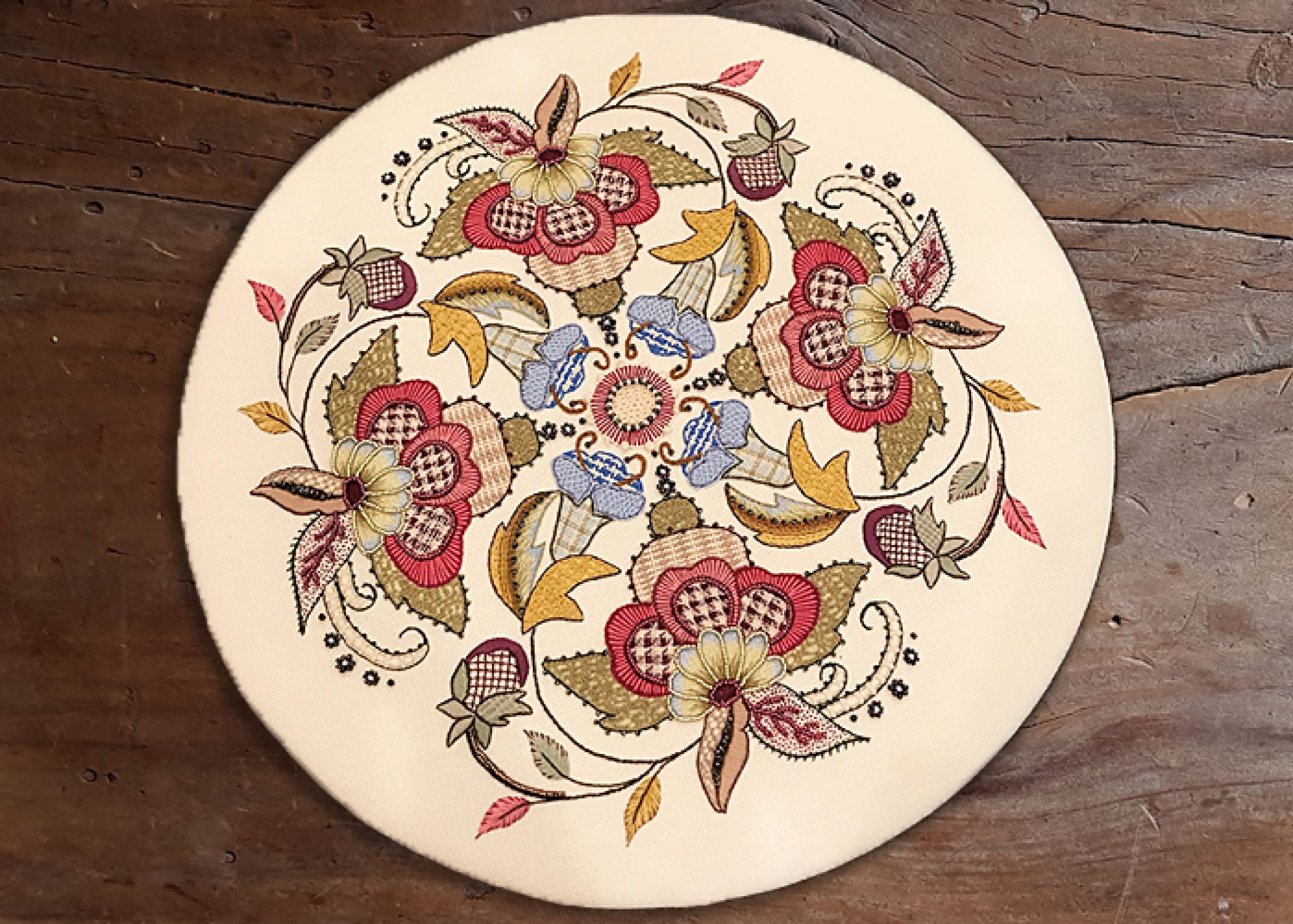 Elina, the project ‘Mandala Musing’ was another piece taught at Beating Around the Bush in 2016 and its technical stitches combined with its detailed design make it a labour of love! You’ve done well to not only complete such a piece, but to do it so beautifully. Hazel would be most proud of your efforts!

Inspirations #93 was our tribute to Beating Around the Bush 2016 as it highlighted some of the projects that were taught at the convention. As has now become the tradition to share some of what is created with needle and thread across the time the convention is held, make sure you look out for Inspirations #101 due to be released in February 2019, as it will showcase eight gorgeous projects currently being taught at this year’s Beating Around the Bush.