Whenever a new issue of Inspirations magazine is released, we find the project featured on the front cover typically enjoys a high degree of popularity, thanks in part to its increased exposure.

When Inspirations issue #108 was released last year, we could have hidden the project featured on the front cover in a sealed section in the back and it still would have become an instant hit, such was its appeal.

However, just because we publish a project in a particular way, it doesn’t mean everyone is going to stitch it the same. Today’s segment is a fantastic example of how our community has taken one of our most popular projects of late – Trish Burr’s O, Tannenbaum from issue #108 – and made it their own. 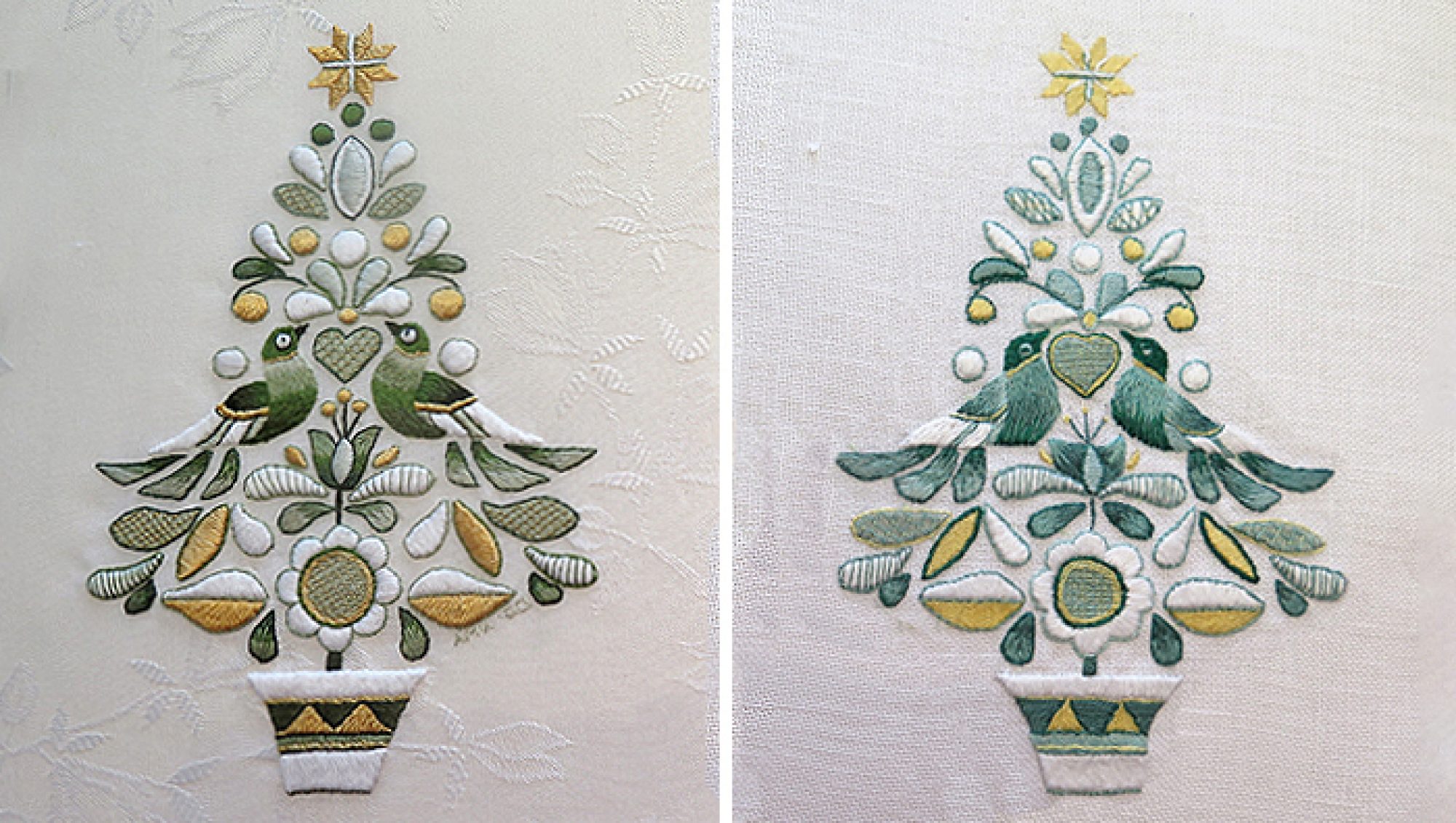 ‘This last winter with the lockdown I invited my friend Marsha Fontes from the Canadian Embroiderers’ Guild, Guelph to join me in my studio every Friday morning. We stitched ‘O, Tannenbaum’ by Trish Burr together but we chose to do the tree in green.’

It looks wonderful in green, Ana-Maria. What a lovely way to share the experience of stitching with a good friend. 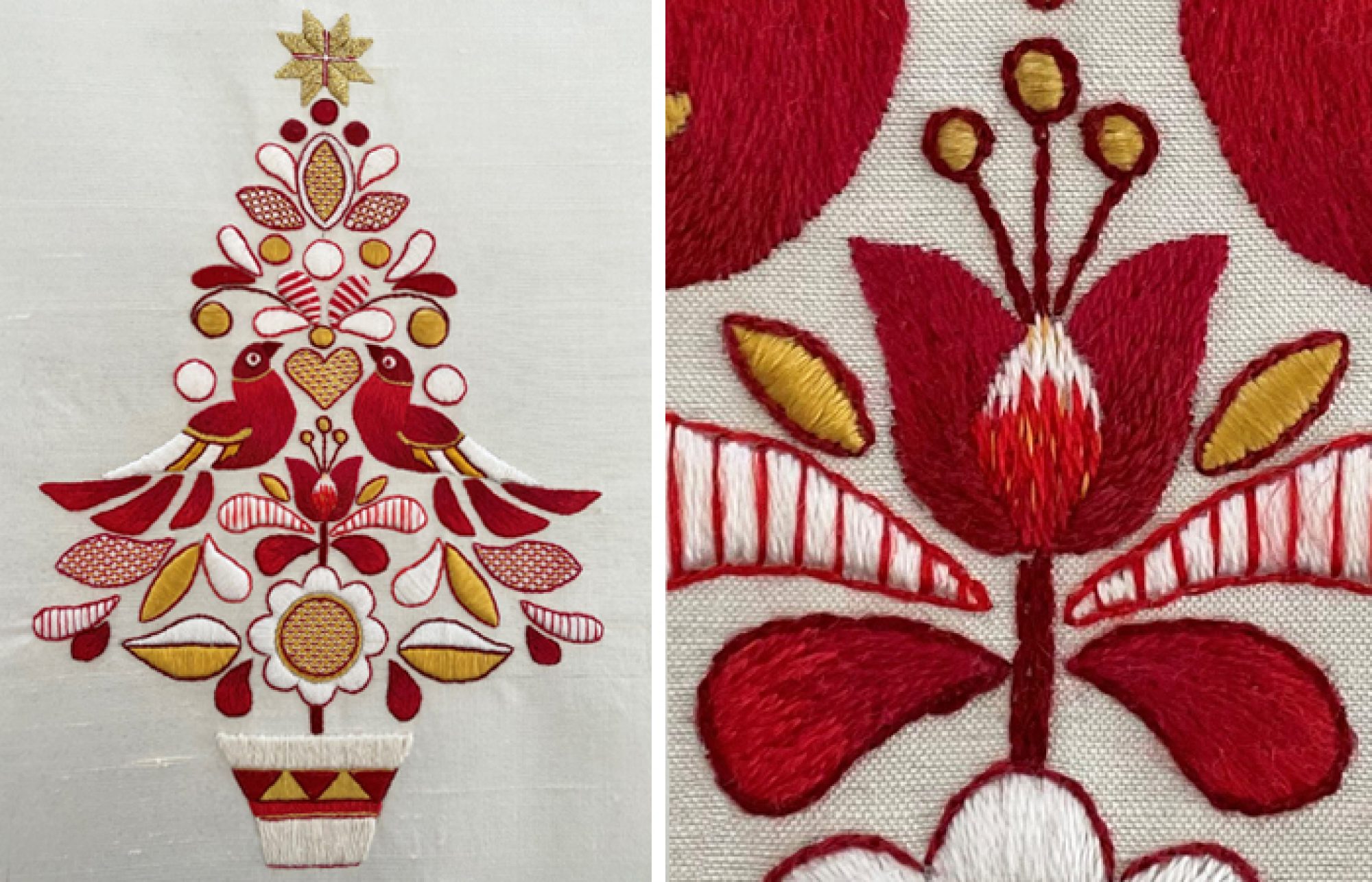 ‘Here is my version of Trish Burr’s ‘O, Tannenbaum’ from Inspirations issue #108. I have used both Japanese and Au ver a Soie – Soie d’alger silks, worked on silk dupion. My thoughts are to turn it into a stand-up piece. I really enjoyed this project.’

We love your colour choice, Cheryl. It is so effective and looks simply stunning on silk. What a great finish! 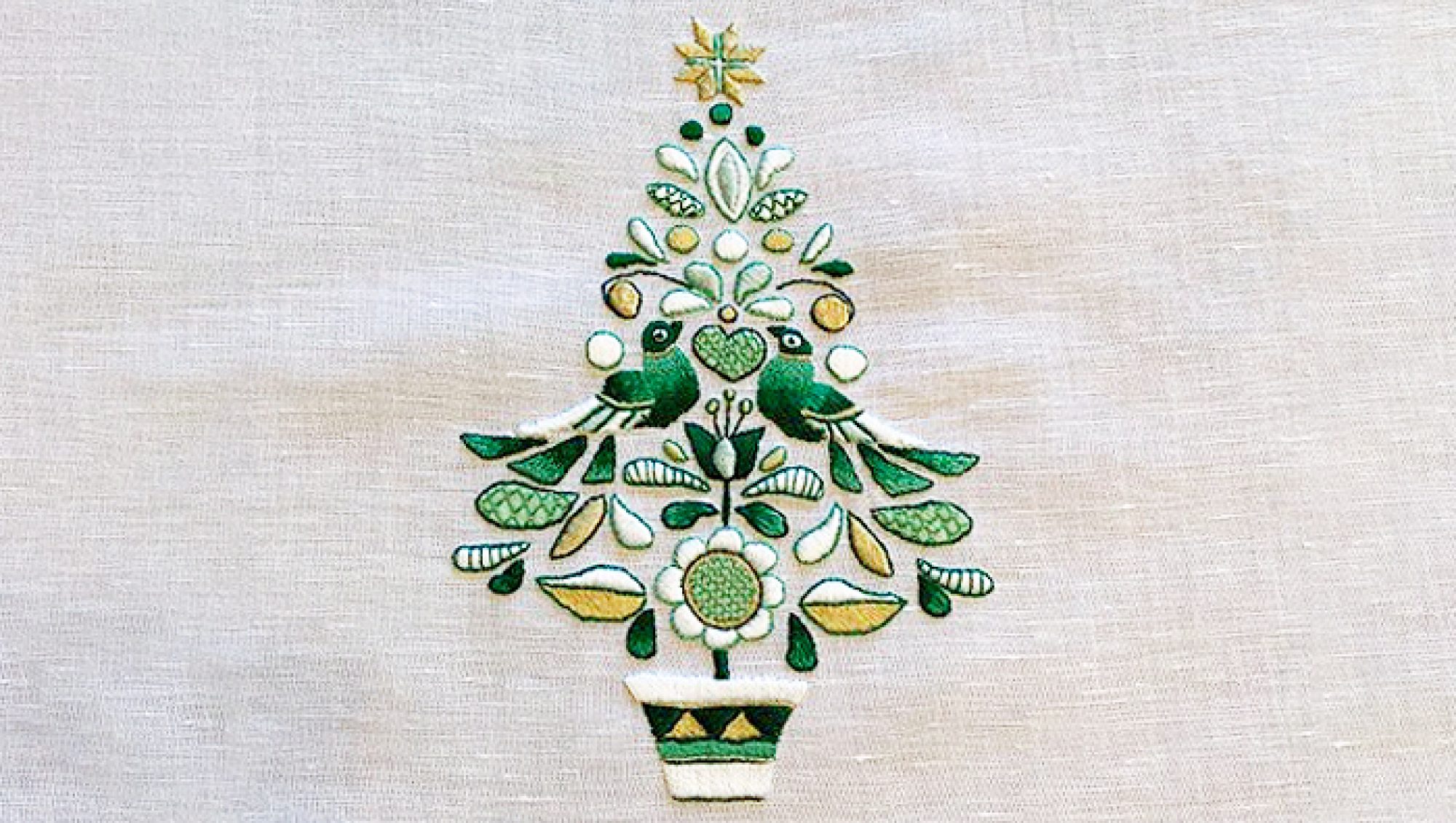 ‘This is my latest project. I couldn’t do it in blue because I’m doing five different designs from Trish Burr’s book ‘Whitework with Colour’ and I’m all blued out! I had the colour picture in front of me and substituted the appropriate greens per colour value.’

We would have to say, you’ve substituted perfectly Joanne. The result is really striking. It just goes to show how adding a personal touch can create such a unique piece.

‘This was my first try at Trish Burr’s designs. This is a lovely version of the traditional Christmas tree and a ‘study’ of how other cultures celebrate Christmas.’ 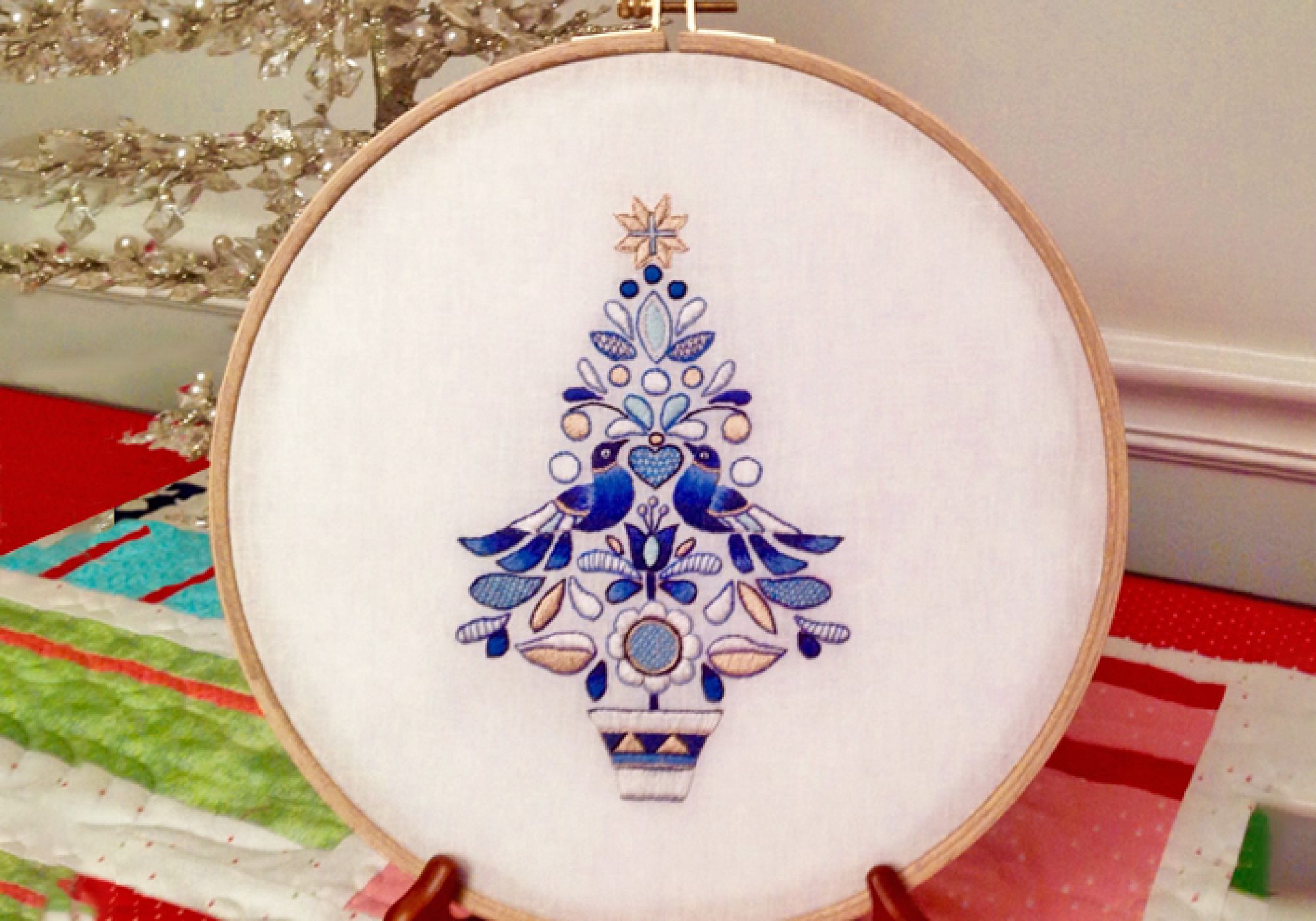 ‘Trish’s choice of colours helped me with the shading technique which she is famous for. The challenge for me was striking the right balance when blending one colour into another. When trying something new I tell myself not to fear the mistakes, but simply to enjoy the process.’

You’ve done a magnificent job for a first try, Pat. Trish’s instructions are very good, but combined with your stitching talent, it is no wonder the result is so gorgeous.

Have you stitched ‘O, Tannenbaum’ by Trish Burr from Inspirations issue #108? Or is there another project from a previous magazine that you started and then realised all of your friends were doing it too? Or do you prefer to stitch obscure or unique designs which no-one else has ever seen before?

It doesn’t matter what you like to stitch, we’d like to see it! Send us a picture of your work, along with some information about the project and your stitching journey to news@inspirationsstudios.com