The Kindness of Stitchers

Over the past few weeks we’ve included stories about how people around Australia and the world have come together in order to support those affected by the recent bushfires. 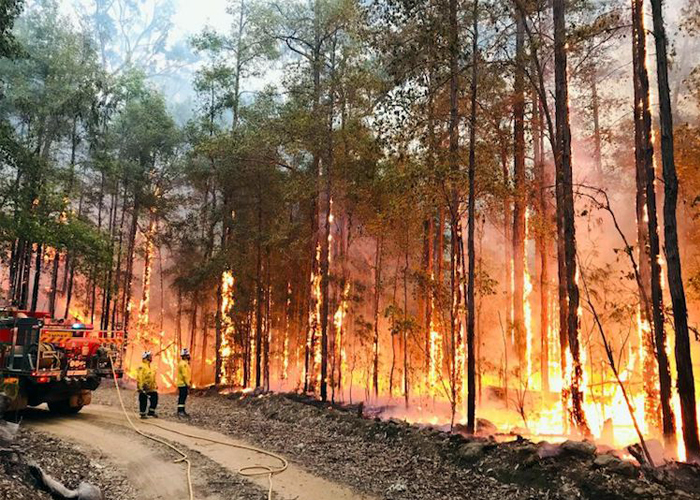 The company is famous for producing comprehensive charts of antique samplers from around the world. Each sampler has not only been meticulously reproduced so that you can stitch it almost exactly as it would originally have been stitched but included with each chart is a history of the original stitcher and the sampler itself.

So, when Sandra purchased a small antique sampler originally stitched in New South Wales, Australia, the plan was to reproduce it and chart it in the way the company normally does. However, before this could happen, the bushfires came. 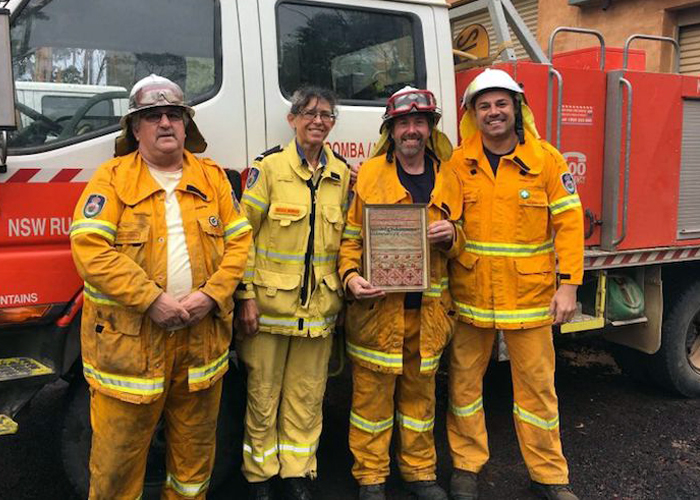 Members of the Leura/Katoomba RFS holding the original sampler (source)

Sandra’s husband is a volunteer member of the NSW Rural Fire Service and, within a very short time, he was called away for long stretches to fight the fires.

While he was away, Sandra started to reproduce this little sampler to help calm her and keep her mind off the dangers he was facing.

It was fitting that Hands Across the Sea would put the resulting chart up for sale, with all proceeds going to the Katoomba/Leura Rural Fire Service, where Sandra’s husband volunteers, and the Wentworth Falls RFS where husband of model stitcher, Suzanne, volunteers. And the stitching community has jumped into help, with thousands of copies of the chart already sold. 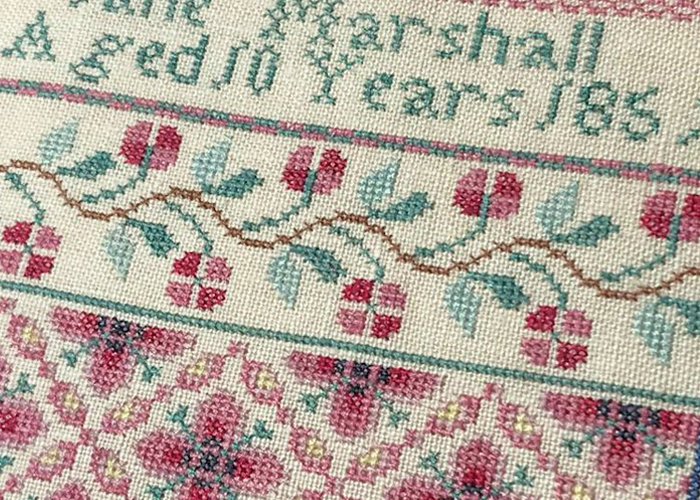 If you want to help and buy a copy, you need to be quick as the chart is a limited-edition and will only be available until 16th April. To purchase the chart, click HERE.

They say that every little bit helps, but the kindness of stitchers knows no bounds. So far, over £27,000 (AU$52,000) has been raised for the RFS. We’re so proud to be a part of this community.