The History of Muslin

Today, the fabric that we call muslin is one that we take for granted. As embroiderers, we primarily use it as a backing fabric, but it also comes in handy for wrapping the Christmas pudding or cleaning up after baby’s feed. But muslin was not always the plain weave, unbleached cotton that now carries this name.

Did you know that muslin used to be a fabric as highly prized as silk?

Economics and colonialism changed the history of muslin, but today the original manufacturers in modern day Bangladesh are still holding on to their traditional production skills.

Muslin is a woven cotton cloth which was once a luxury fabric. Although it is commonly believed that the cloth originated in the Iraqi city of Mosul, despite its name it is now understood that the cloth likely originated in ancient India. Known as Jamdani, this original form of muslin was usually brightly coloured and patterned while remaining lightweight and almost sheer. 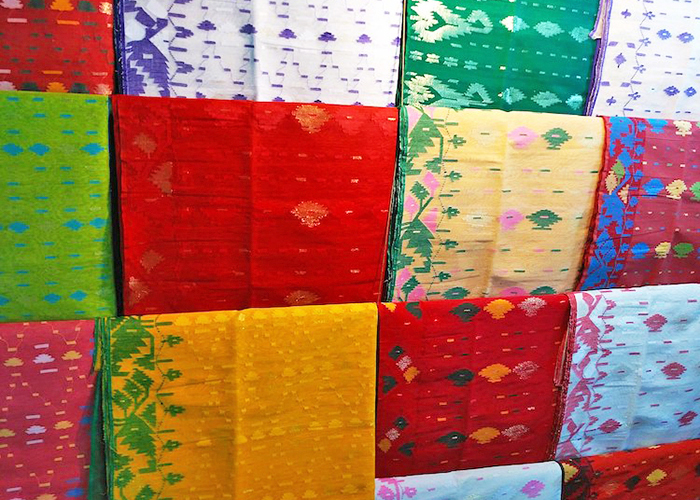 Weavers in Dhaka, Bangladesh, used to make this incredibly fine cloth using a method called the discontinuous weft technique. This technique required the weaver to work two layers of weft – one as fine as spider’s silk to hold the cloth together and the other forming the pattern. Each pattern motif was worked individually, using fine bamboo sticks to interlace the pattern threads with the warp threads.

Labour intensive and requiring skill and patience, it was little wonder that this fabric was so highly prized. 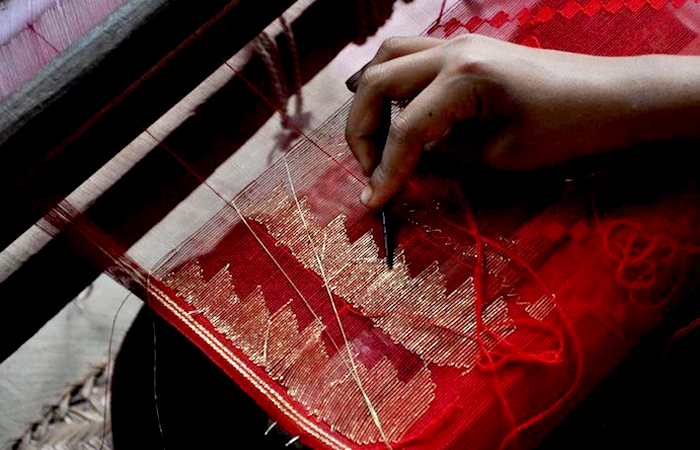 Unfortunately, during the period of the East India Company, European manufacturers all but destroyed the industry by flooding the market with factory produced muslin equivalents. Through a combination of punitive taxes on locally produced textiles and the dissolution of local and influential patrons, Jamdani muslin became uneconomical to produce and the skills were almost lost.

Thankfully, there are organisations in Bangladesh today that are encouraging local weavers to continue to practice their craft. Coupled with the UNESCO listing of Jamdani muslin on its Representative List of the Intangible Cultural Heritage of Humanity, there is more impetus to continuing production, albeit on a very small scale. 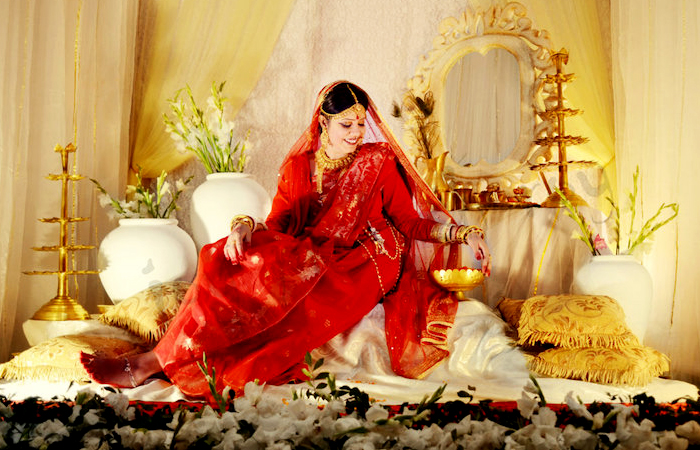 With the proliferation of mass produced and synthetic fabrics on the market today, it is important that these historical techniques aren’t lost forever. No factory can ever emulate the quality arising out of a skilled artisan. Their skills are part of our textile heritage and it’s wonderful they are being recognised and preserved.