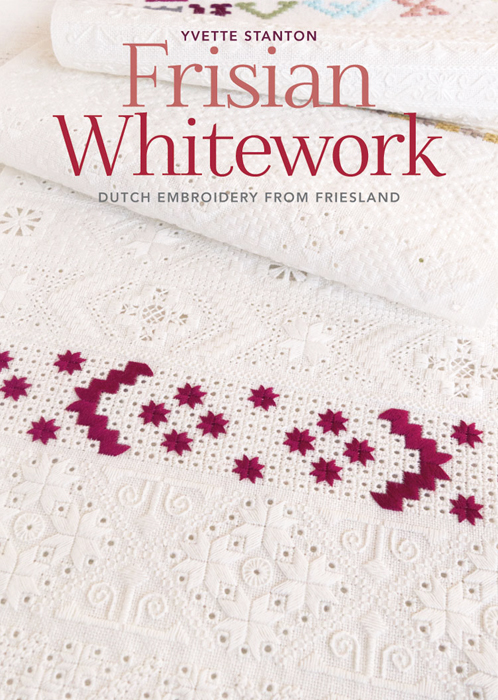 From Friesland in the Netherlands, Frisian whitework is a style of counted embroidery dating from the 1600s. It was traditionally used on men’s shirt collars, on household linen, and on samplers.

Whitework is usually stitched in white thread on white fabric and most Frisian whitework is worked this way. However, this technique also can have touches of colour, and some samplers are worked entirely in coloured thread. Alphabets, figurative motifs and geometric shapes are common, and they are interpreted in a wide variety of stitches, such as satin stitch, eyelets, whipped back stitch, and chain stitch; some also with cutwork and drawn thread work.

While this style does look quite similar to Hardanger embroidery, it predates it by about 100 years. And whereas Hardanger is usually based on a four by four thread block of fabric threads, Frisian whitework is based on multiples of three threads. There is a much wider variety of stitches used in Frisian whitework than in Hardanger.

More from this author