We all love starting new a project, don’t we? Those pristine threads, the shiny needle, and that wonderful piece of crisp, new fabric, just crying out to be stitched upon.

In many embroidery projects, that fabric is linen.

Sometimes white, sometimes in natural tones such as ecru or ivory, sometimes dyed in gorgeous colours, linen is used for all manner of techniques.

Whether it is woven with distinct holes for counted work, or with a snugly tight warp and weft for crewelwork or surface embroidery, you can be sure that a project stitched on linen will be a pleasure to work. 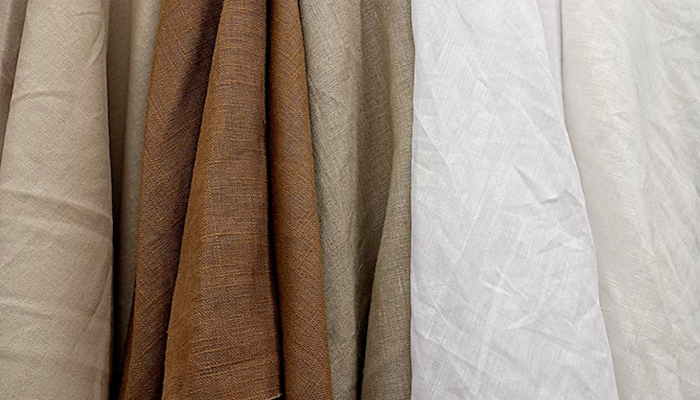 But have you ever wondered where that linen came from? How was it made? And why is it often the most expensive element of your project?

Linen has been used as a textile for thousands of years. In fact, there is evidence that linen fabric was known to the Ancient Egyptians and even formed an important part of the mummifying process!

Linen thread or yarn comes from the flax plant – a grass which has been grown for millennia and thrives in many different environments. One of the benefits of the plant is that it will grow even where the soil is poor. It is also highly resilient and can survive with less water than cotton or other textile producing plants. This has made it an appealing crop for many, although making linen fabric is not straightforward.

One of the reasons your embroidery linen is so expensive is because of the laborious process involved in extracting the linen thread from the flax plant.

Although some steps of the process have been industrialised, for many years the journey from seed to fabric was all achieved by hand.

The linen thread which is woven into fabric comes from inside the woody stem of the grass. To produce high-quality long fibres the flax plant needs to be pulled from the ground, roots and all, then soaked to loosen the woody exterior. This exterior is then beaten and put through a mangle – a process known as ‘scutching’ – in order to remove all the woody matter. 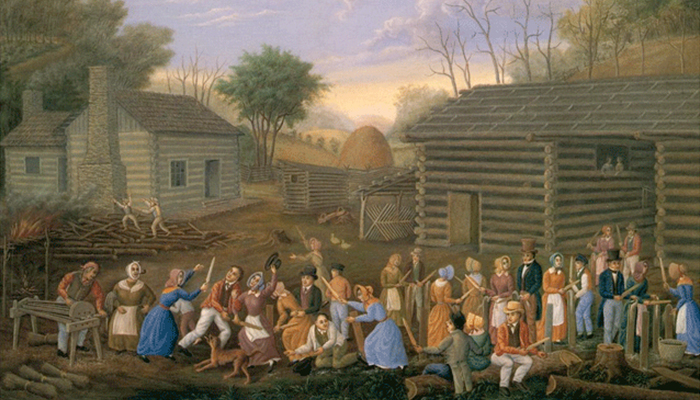 The fibres that remain after scutching comprise the ‘line’, which are the long fibres for spinning, as well as ‘tow’ (very short fibres, sometimes used to make paper or rough fabric) and ‘boon’ (good for mulch).

In order to then separate these elements, the fibres are drawn through a comb in a process called ‘hackling’. During this process, it is vital to make sure the fibres don’t tangle. Tangles mean breakages which reduce the quality of the spun yarn.

Once the line is isolated, it is then spun into yarn which can be used for weaving linen fabric.

Like most embroiderers, you’re probably wondering why some of your linen seems to have big lumps in the threads while other linen doesn’t.

Although modern spinning processes nowadays can reduce slubbing, most good quality linens will have at least some slubs visible. In the past, slubs in fabric were seen as an indicator of poor quality. However nowadays they are sometimes artificially included to give the fabric a more ‘natural’ feel.

Flax and linen are produced around the world but for embroiderers, Belgian linen is known to be the gold standard due to the quality of the flax crops produced there. However, there are excellent linens available from other parts of the world, including Germany and Italy. 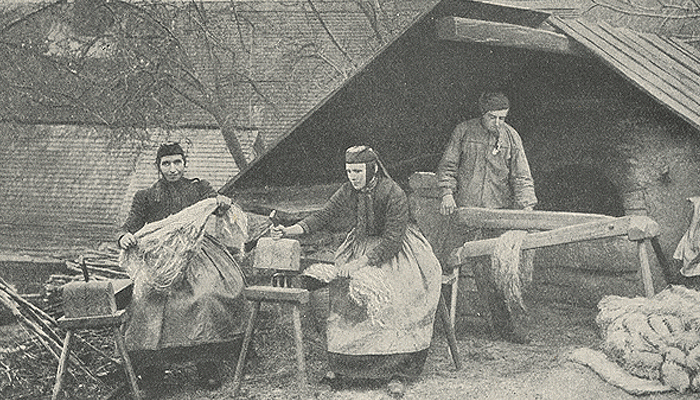 Stitching on linen is one of those pleasures which looks both forwards and backwards. Historically, you are carrying on a tradition practiced by generations of needleworkers from all over the world. But looking forward, your choice of fabric is also sustainable and, when not dyed, fully biodegradable unlike so many of the man-made textiles on the market today.

So, take extra pleasure when you open your next kit or gather up the materials for your next project, as your linen is one more thing that connects you with needleworkers past and future.