The historical accuracy of Phillipa Turnbull’s work is such that, when you view one of her designs out of context you would be hard pressed to determine whether it originated in 2019 or 1619. Philippa, a queen of embroidery in her own right, has spent her career researching and perfecting the art of crewel embroidery, including recreating traditional designs and motifs which were laden with historical meaning. 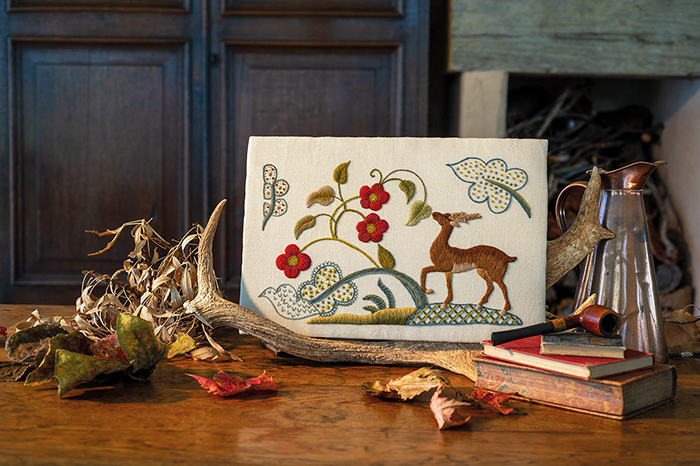 Animals, including the stag, were used widely as embroidery motifs. Unlike today, the choice of an animal frequently had symbolic meaning which viewers of the period would have understood easily. It is believed that stylistic influence during the Jacobean period – when crewel embroidery was becoming popular – came from the increased trade via the East India Company with the Middle East, India and China. However, various animals, both domestic and exotic can be found throughout the Opus Anglicanum of the Middle Ages and even before. 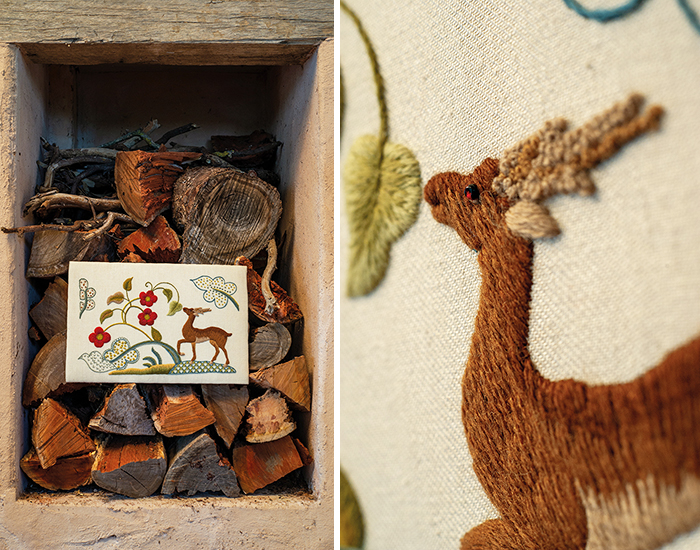 In early art, the stag originally symbolised Christ. It was believed that the stag could trample on the devil, often represented by a snake, thus expressing the triumph of good over evil. However during the reign of Elizabeth I, embroidery shifted from its ecclesiastical purpose to being widely used in domestic and secular settings. As a result, meanings changed accordingly.

The stag was the royal beast of the chase, a sport reserved for kings and their guests and therefore a symbol of nobility.

Additionally, appearance of the stag in heraldry denoted wisdom or acute hearing, associated with musical skill. 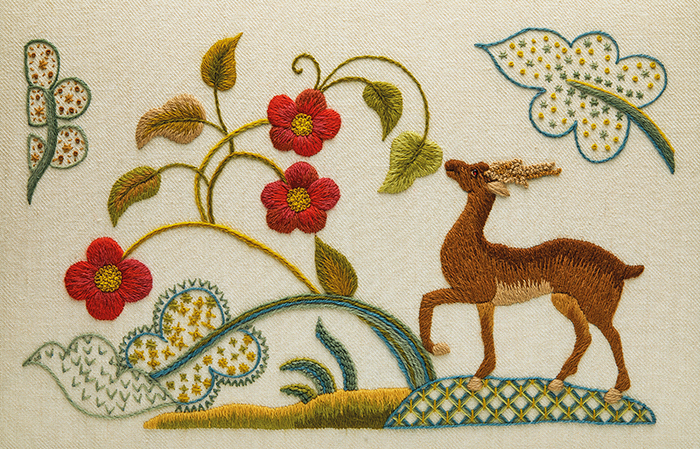 Phillipa has reproduced this handsome stag in a traditional position. He is standing with his head up, antlers back and foreleg raised, as if listening for the sound of hunters. Before him is an oversized tree with stylistically large flowers. The play with perspective and scale was also characteristic of the Jacobean period. The traditional tree of life, represented in many embroideries from the period, was often oversized with comically large leaves and mismatched flowers and foliage. 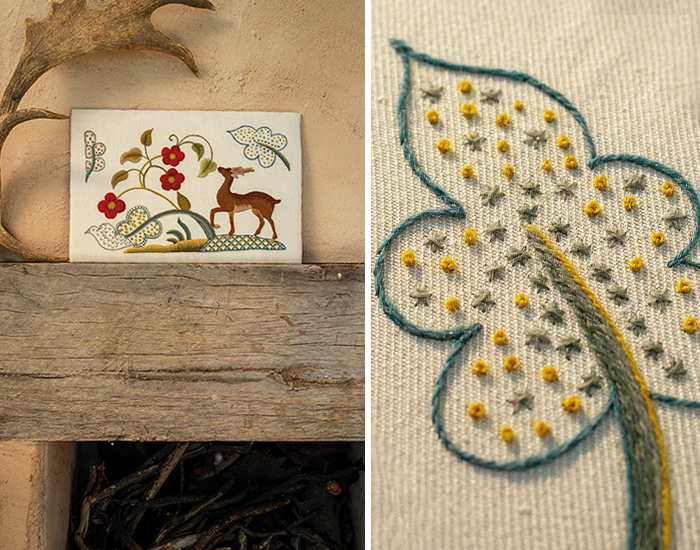 Seated beneath the tree, or in this case positioned beside it, was an animal, bird or insect which was too large or too small to be realistic. But therein lies the beauty of the Jacobean crewel style, which Phillipa has captured perfectly in this piece. 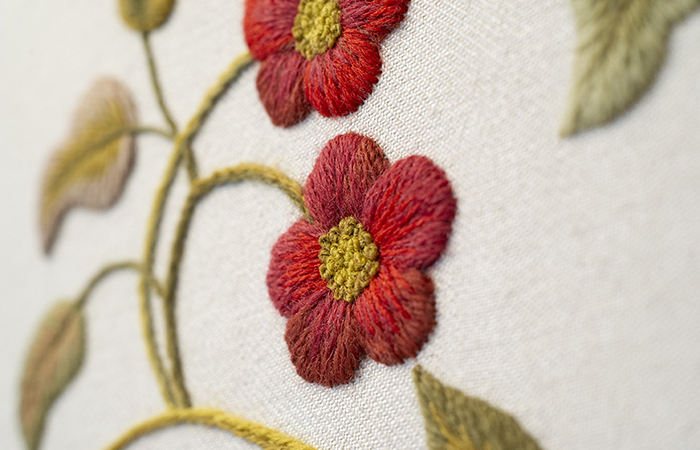 Many people say that working with wool is more forgiving than working with stranded cotton or silk, particularly when one is trying to master the ever challenging long and short stitch. But one mustn’t become complacent, simply because of the thread. It is just as important to place the stitches correctly, using the close-up photograph as a guide, to achieve the subtle colouring of the stag. 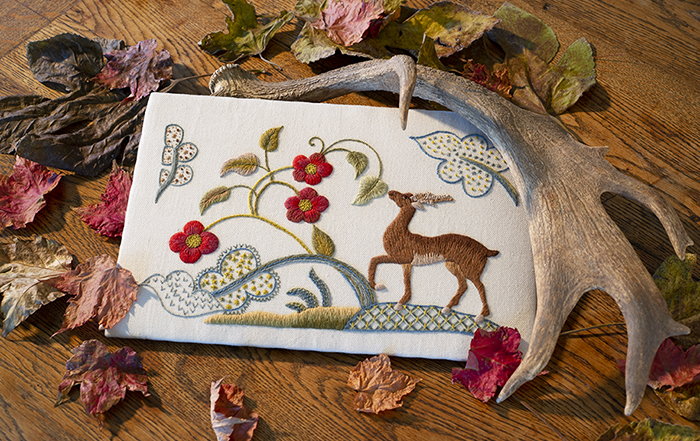 When you’ve worked this project, we defy you not to find yourself eagerly looking for more like it. Crewel work is immensely satisfying and Phillipa’s designs are the closest you can get to our embroidery ancestors of the seventeenth century. Thanks to her years of research and work, their stitches are now ours and we can get a tiny taste of what it was like to live at the time.

Make Your Own Jacobean Stag 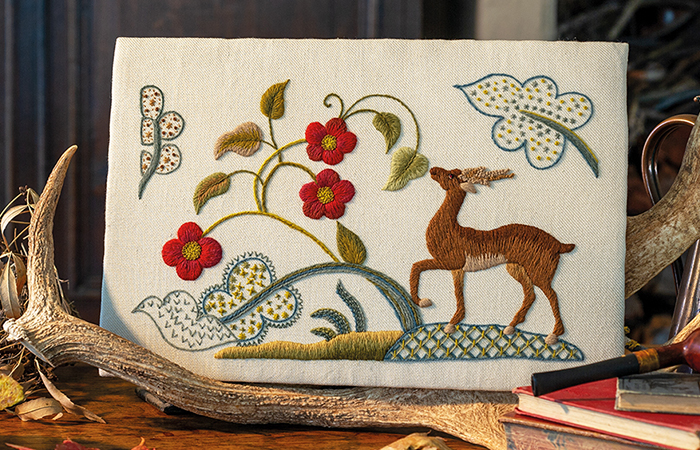