In Australia and New Zealand, April 25th is ANZAC day. This holiday is observed every year to commemorate and remember the ANZAC soldiers who have served or died in war and other conflicts since World War I.

ANZAC, which stands for the Australian and New Zealand Army Corps, was the name given to our soldiers who fought on various fronts overseas. The day traditionally begins with a Dawn Service, the sounding of the Last Post and the observance of one minute’s silence.

The tradition began just after World War I when Australia and New Zealand, like so many other countries around the world, were faced with their massive losses. It originally was devised to commemorate the Gallipoli Campaign, but soon expanded to honour all service. 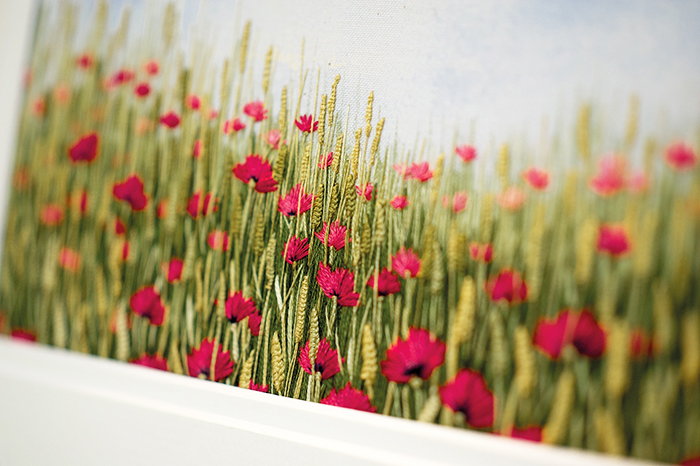 The symbol of the poppy became associated with the day, representing the poppies that grew on the battlefields in France after the fighting in Europe was over.

To help commemorate ANZAC day, we’ve published a number of projects over the years. Two in particular stand out. 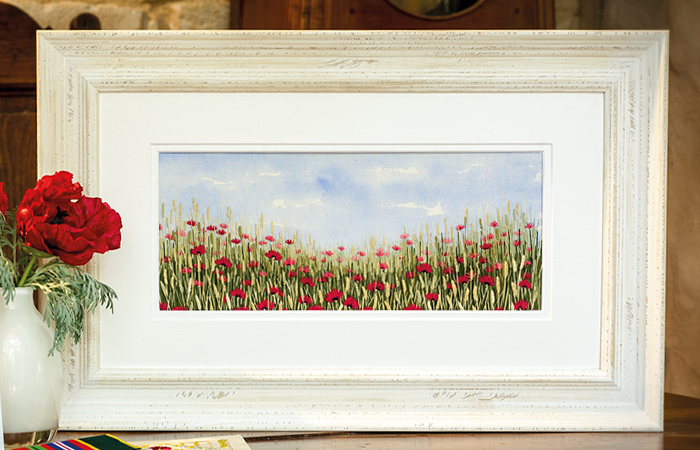 The first is In Flanders Fields by Jo Butcher from Inspirations issue #99. This gentle scene shows a meadow filled with red poppies and golden wheat gently swaying beneath a pale blue morning sky. 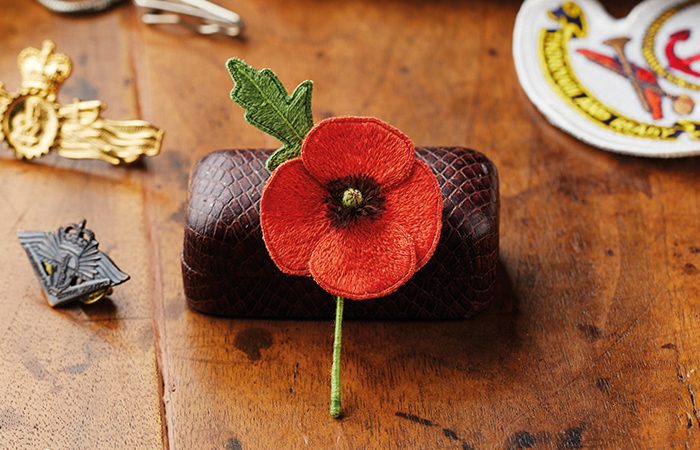 The other is Remember by Philippa Todd, which appeared in Inspirations issue #109. This is a delicate three-dimensional embroidered poppy that can be worn as a brooch on a lapel or hat in commemoration of the day.

Both of these projects are available as kits, with instructions available in print and digital to purchase from our website.