It is difficult to imagine what would have been going through the mind of 14-year-old Catherine de’ Medici on the eve of her wedding to Henry, second son of King Francis I of France. 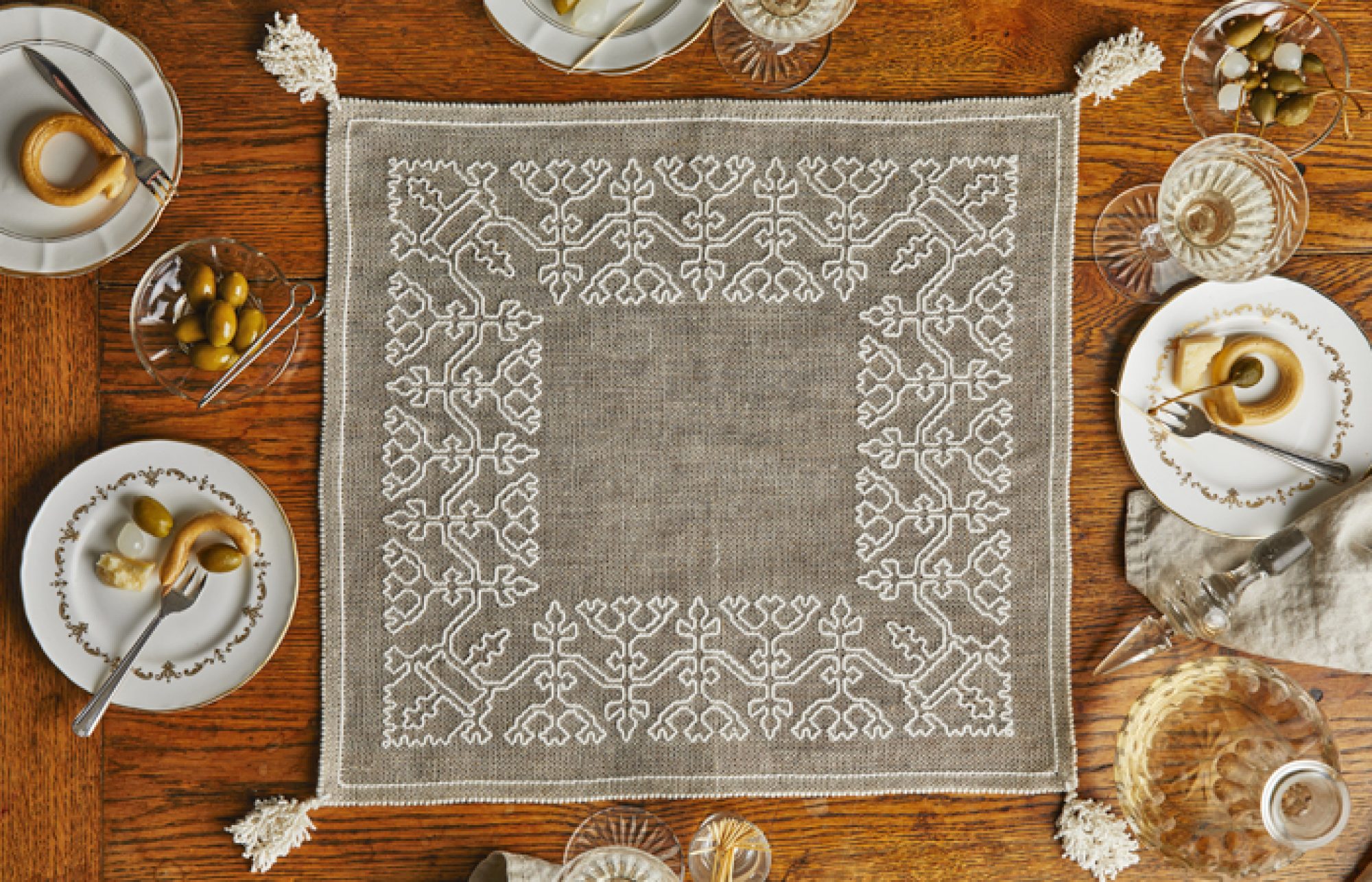 Her young life before the wedding had been filled with loss, death and uncertainty as she’d been moved around Italy, her life constantly at risk as a member of a family which had all but fallen from grace.

Thanks to luck, fate and a lot of political machinations, Catherine was finally wedded to Henry, although at the time it seemed unlikely he was ever to ascend to the French throne. Yet back in the sixteenth century nothing was ever certain and the death of his brother meant that Henry became king of France in 1547. 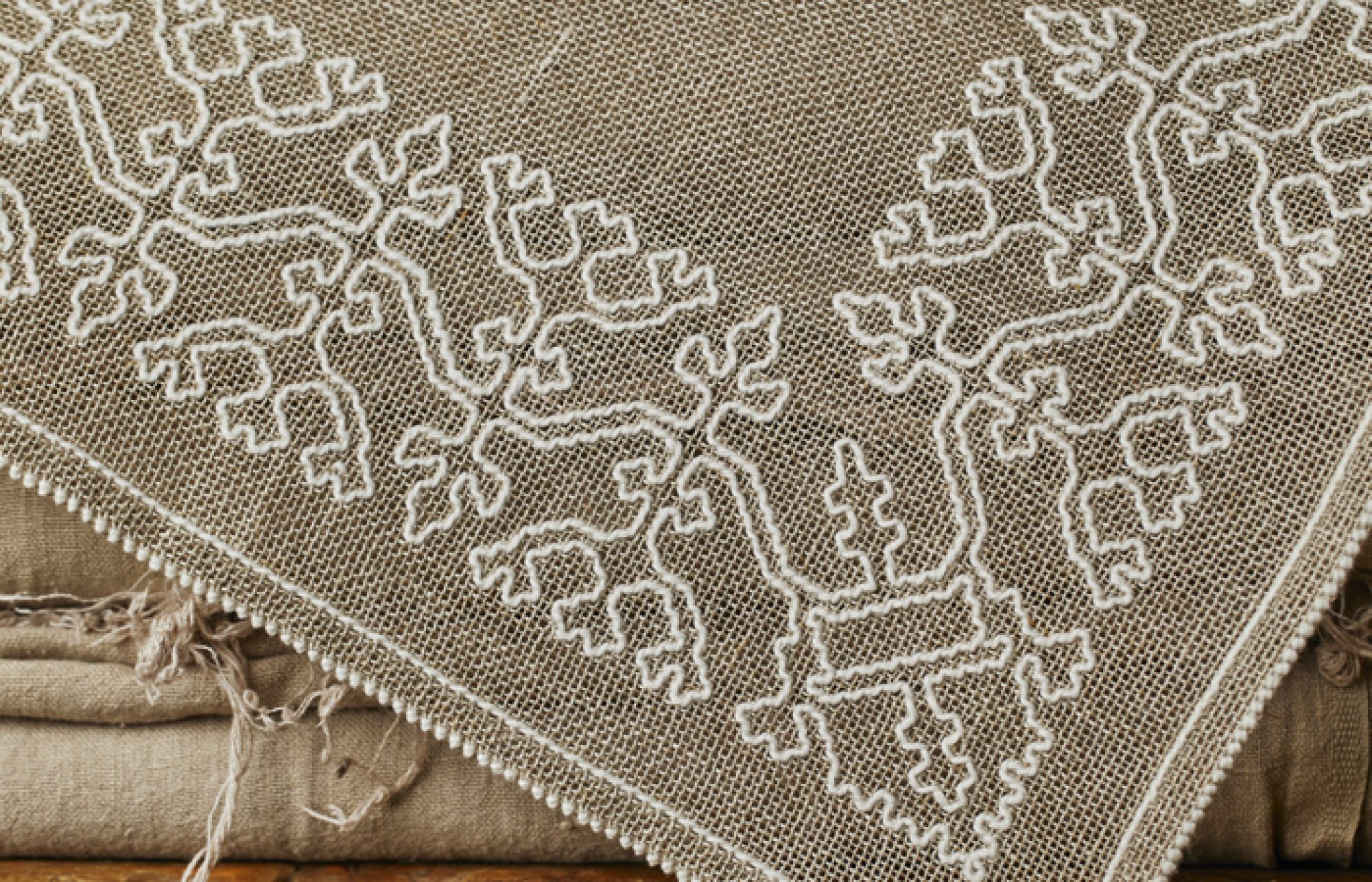 By that time, Catherine had already been sidelined and marginalised by Henry’s favoured mistress. However, having given birth to ten children, three of whom were to go on to become kings of France with Catherine’s guidance, her position remained strong.

The stories about Catherine ascribe to her intelligence and Machiavellian ruthlessness, but under the circumstances she lived in, it is little wonder that she found any way she could to survive.

Whatever dark side her personality held, she was still a strong admirer of the arts and, most relevant to us, an exquisite and accomplished needlewoman.

It is in this context that we can enjoy Maria Rita Faleri’s project ‘Caterina’ from Inspirations issue #107, stitched in Catherine de’ Medici stitch also known as punto madama. It is said that this technique was one of Catherine’s favourites which she brought with her from Italy to France when she married Henry. Fortunately, we are still able to enjoy it today. 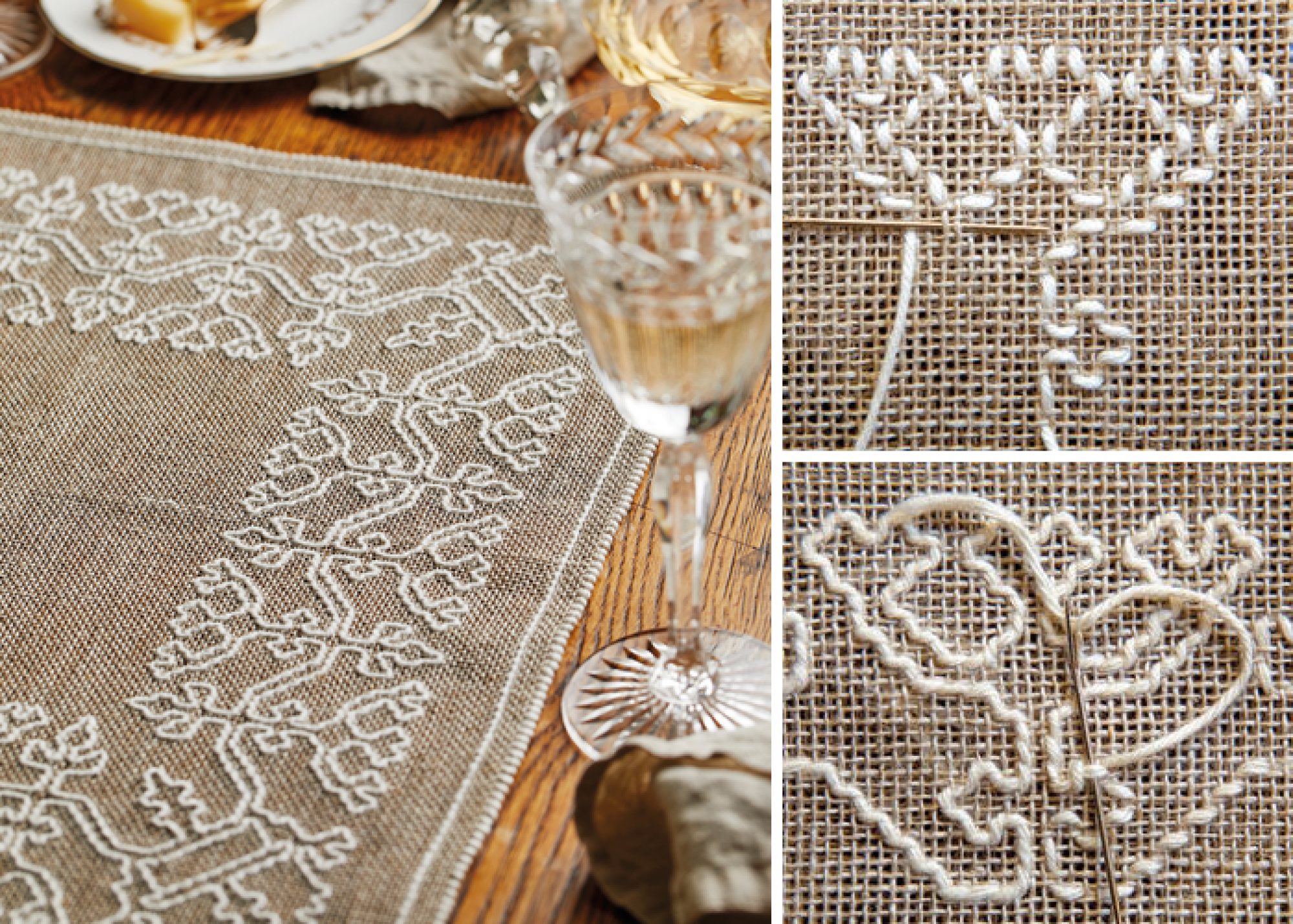 Catherine de’ Medici stitch is a wonderfully simple stitch to master with exquisite results. Maria Rita Faleri’s table mat is made up of a repeating, geometric pattern worked in a specific form of running stitch on a gorgeously rustic 6-count Buratto unbleached linen.

Using a heavy ivory cotton, the first pass of the design is worked in standard running stitch. However, the beautiful twisted effect is achieved by ensuring that on the return journey, the needle passes behind each existing stitch as the second pass is worked. 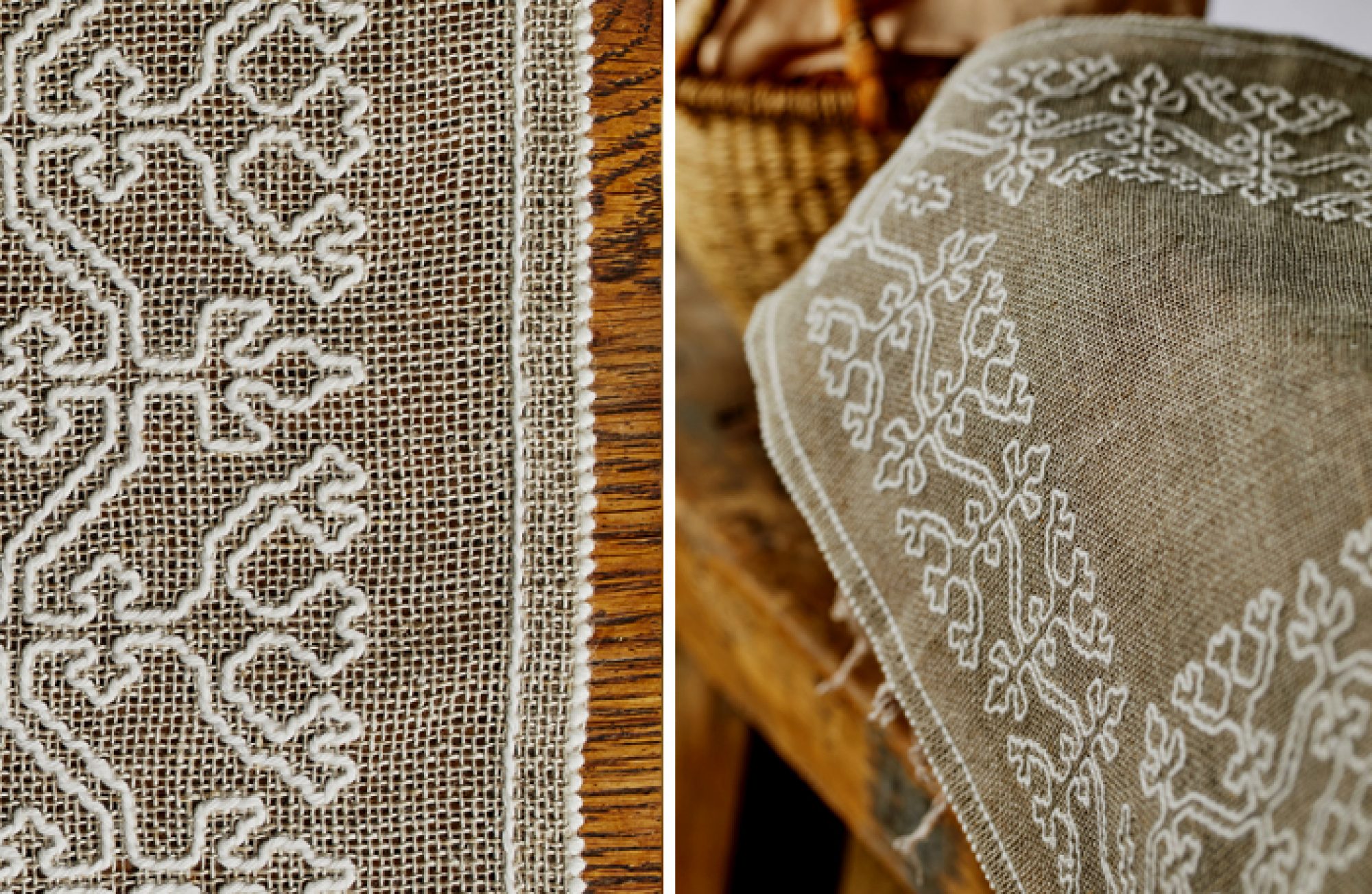 Caterina is a wonderfully meditative project which, although requiring careful counting, can be completed comparatively quickly. Once you’ve done the design, the edge of the mat is finished with double backstitch. The corners are then completed with four traditionally knotted tassels which hold the mat square and complete the project perfectly. 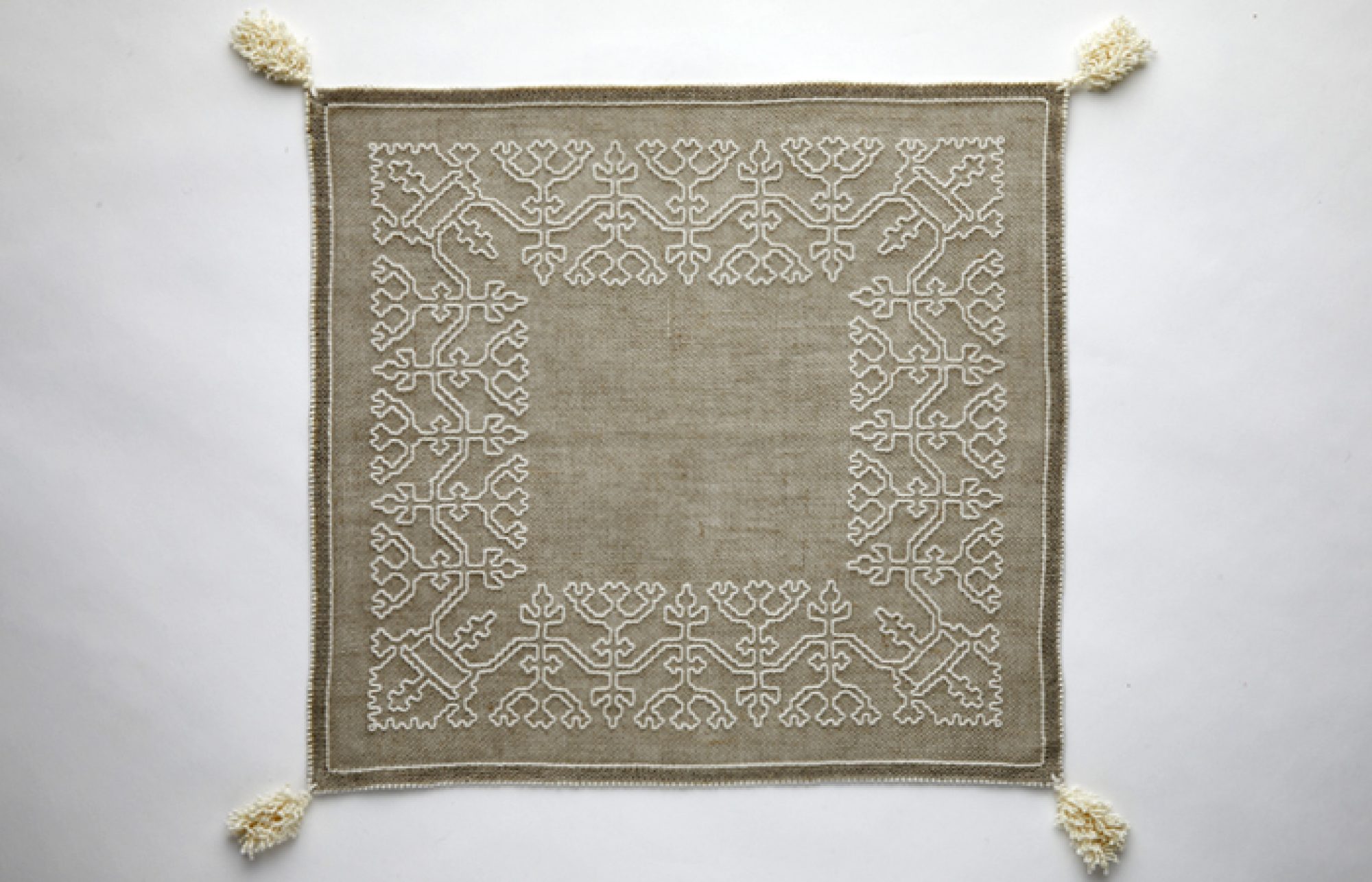 As you stitch, picture the fierce Catherine, born into a world of intrigue, deception and danger, stilling her mind and formulating her ideas while she carefully stitches intricate, reversible designs onto collars, cuffs, linens and clothing. 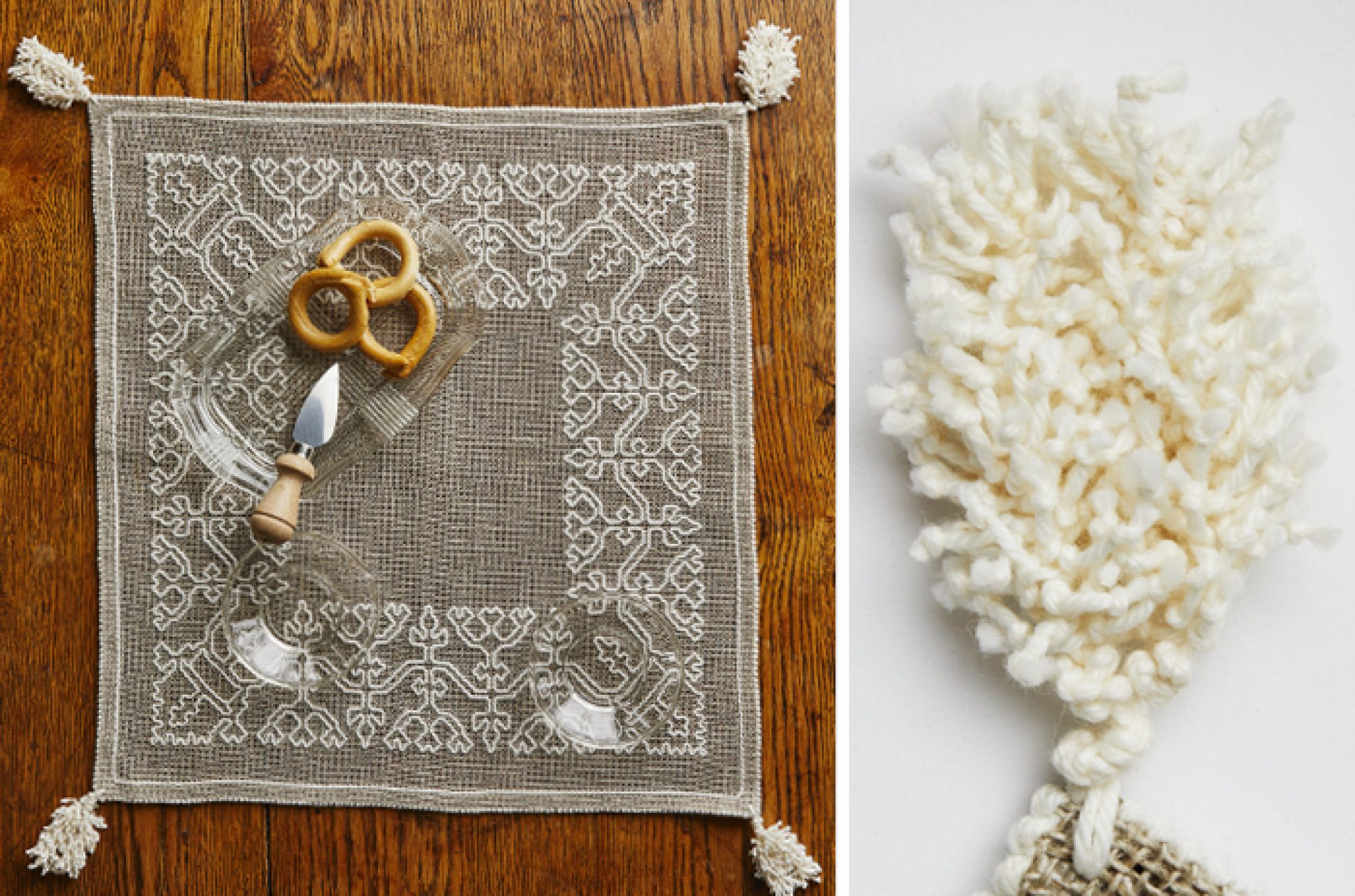 No matter how her name has gone down in history, and no matter whether you see her as ruthless and power-hungry, or determined to come out on top despite all of the circumstances pitted against her, the legacy of her embroidery is one we should rightly admire.

Make Your Own Caterina 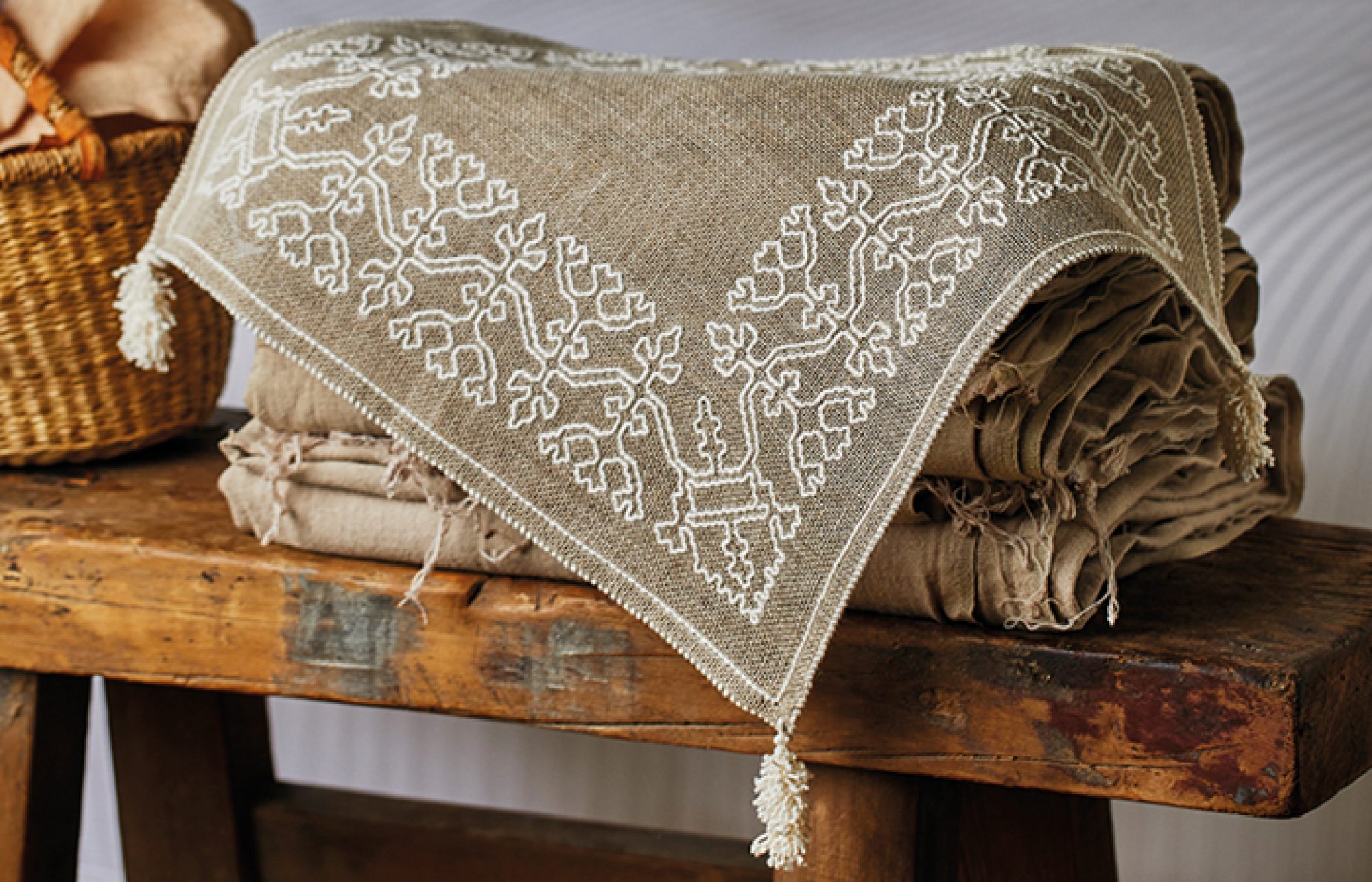 The Inspirations Ready-To-Stitch kit for Caterina includes everything* you need to re-create this elegant design: Fabric (unprinted), embroidery thread and needle.