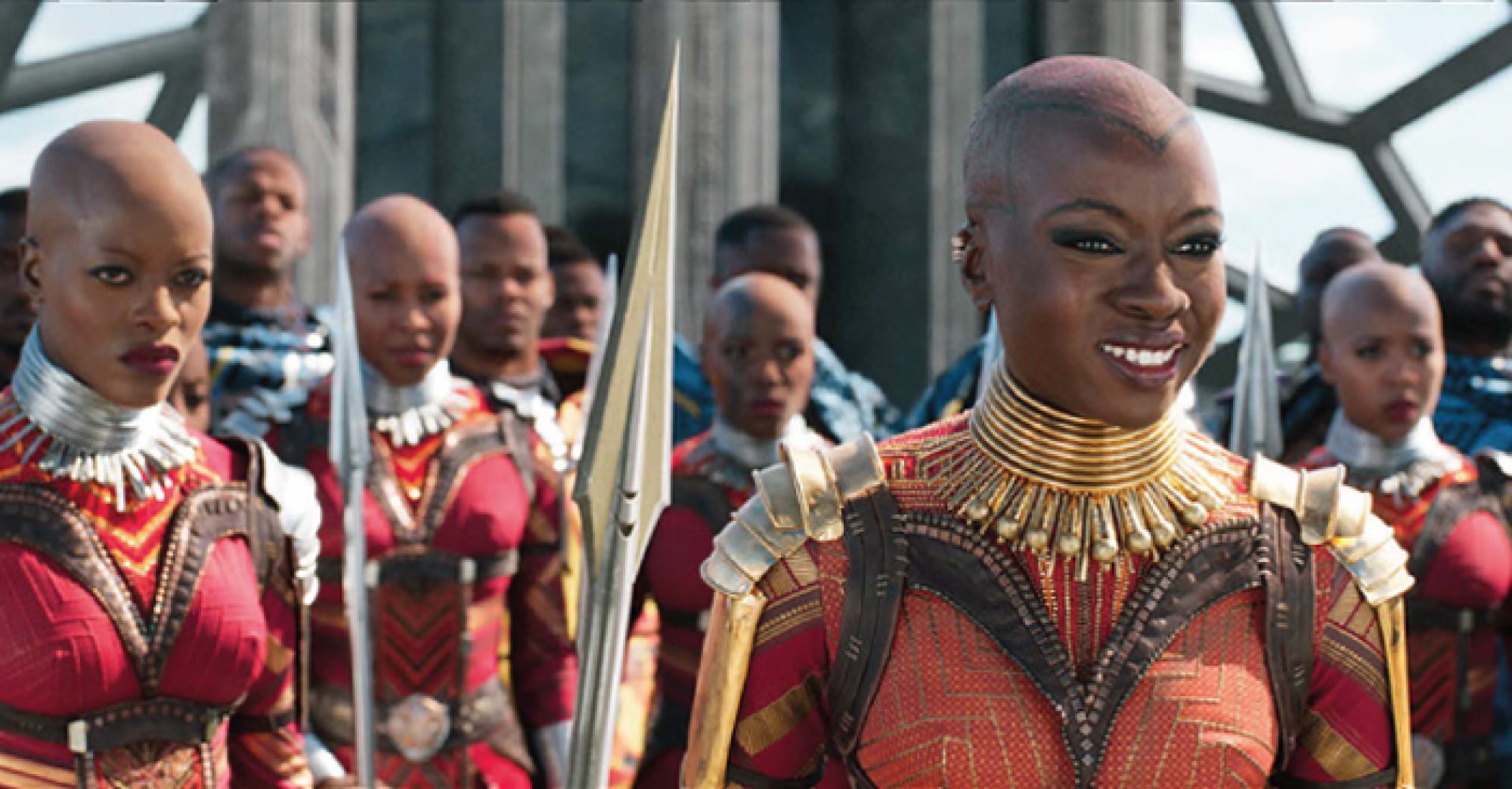 “It is storytelling,” costume designer Ruth Carter says. “It is not just creating a wardrobe – clothes have a story and we are making it come alive. It is wearable art.”

Ruth Carter has been a Hollywood costume designer for 30 years, but it is her work on the Black Panther film that made her a household name. She started working in a costume shop in Springfield, Massachusetts, while still in school, and as an intern at Santa Fe Opera while studying before she moved to Los Angeles in 1986. She met Spike Lee when she worked on his second film School Daze and has worked on his films ever since. 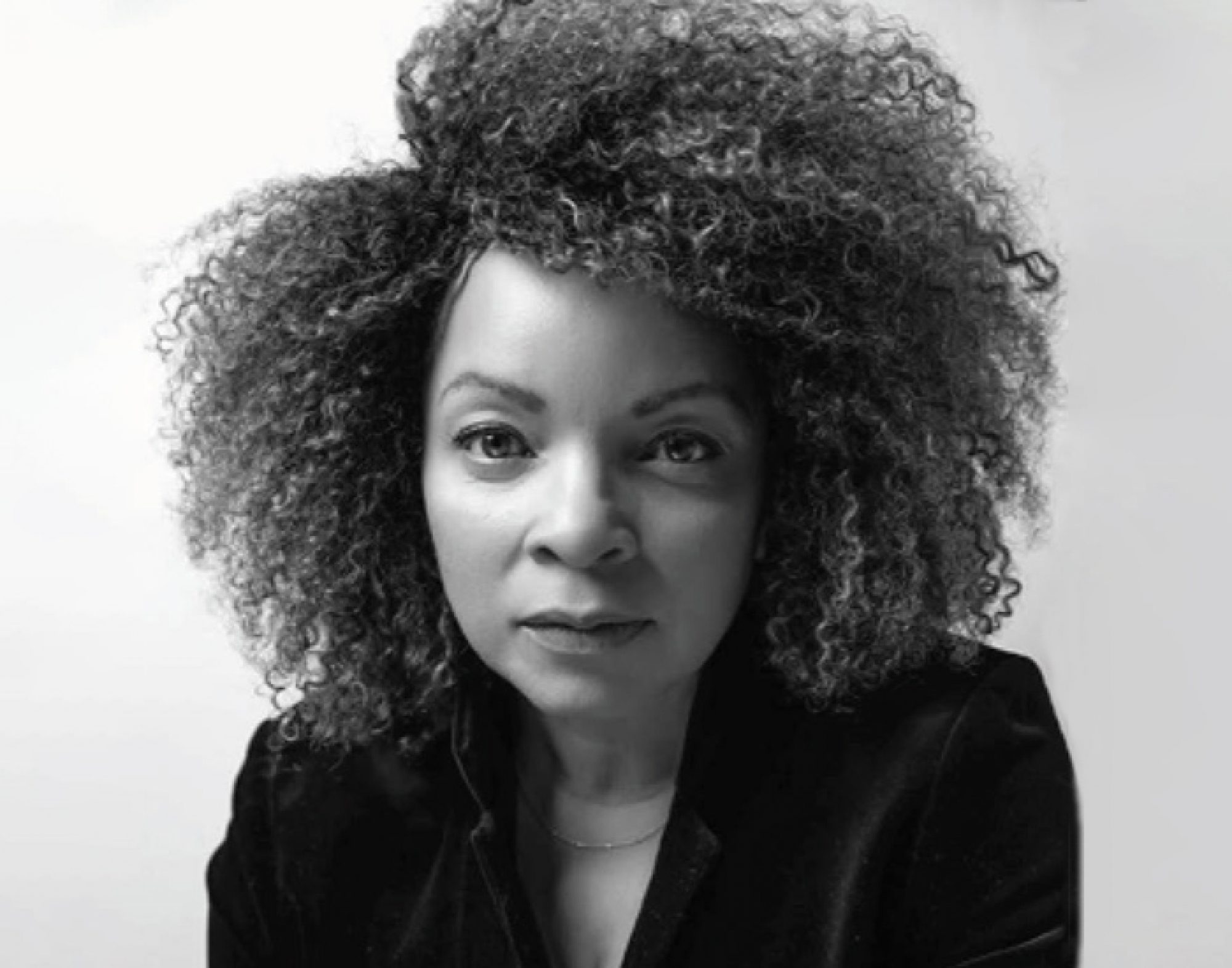 Black Panther, based on the Marvel comic, is set in Wakanda, a fictional African kingdom where technology and tribal traditions co-exist in a futuristic society, that Ruth refers to as Afrofuturism. Although T’Challa, the king of Wakanda and the Black Panther superhero, is at home in the modern world, Wakanda has no colonial history.

“It was important that my designs were devoid of colonial influence or Western inspirations.”

For that, Ruth went straight to the source, Africa. Working with director Ryan Cooglar and Marvel’s head concept artist, Ryan Meinerding, Ruth and her team built an aesthetic vision for the cultures and costumes of the different Wakanda tribes. By studying the original comics Ruth discovered;

“they all had the edict that Wakanda was a technologically advanced place, a fusion of many African tribes, where technology was laced into their clothing”.

Ruth used costume design and non-verbal storytelling to great effect in two pivotal scenes in the film, contributing significantly to the narrative. The first one was early in the movie when T’Challa and Nakia returned from an international mission and were met by his mother, Queen Ramonda and his sister Shuri.
Queen Ramonda’s impressive headdress and shoulder-mantel look simultaneously fragile and fierce, exactly the effect Ruth had in mind. Her headdress is modelled after the Isicolo or Zulu headdress and the fragile lace-look of her shoulder mantel is modelled on African lace traditionally worn in Nigeria. 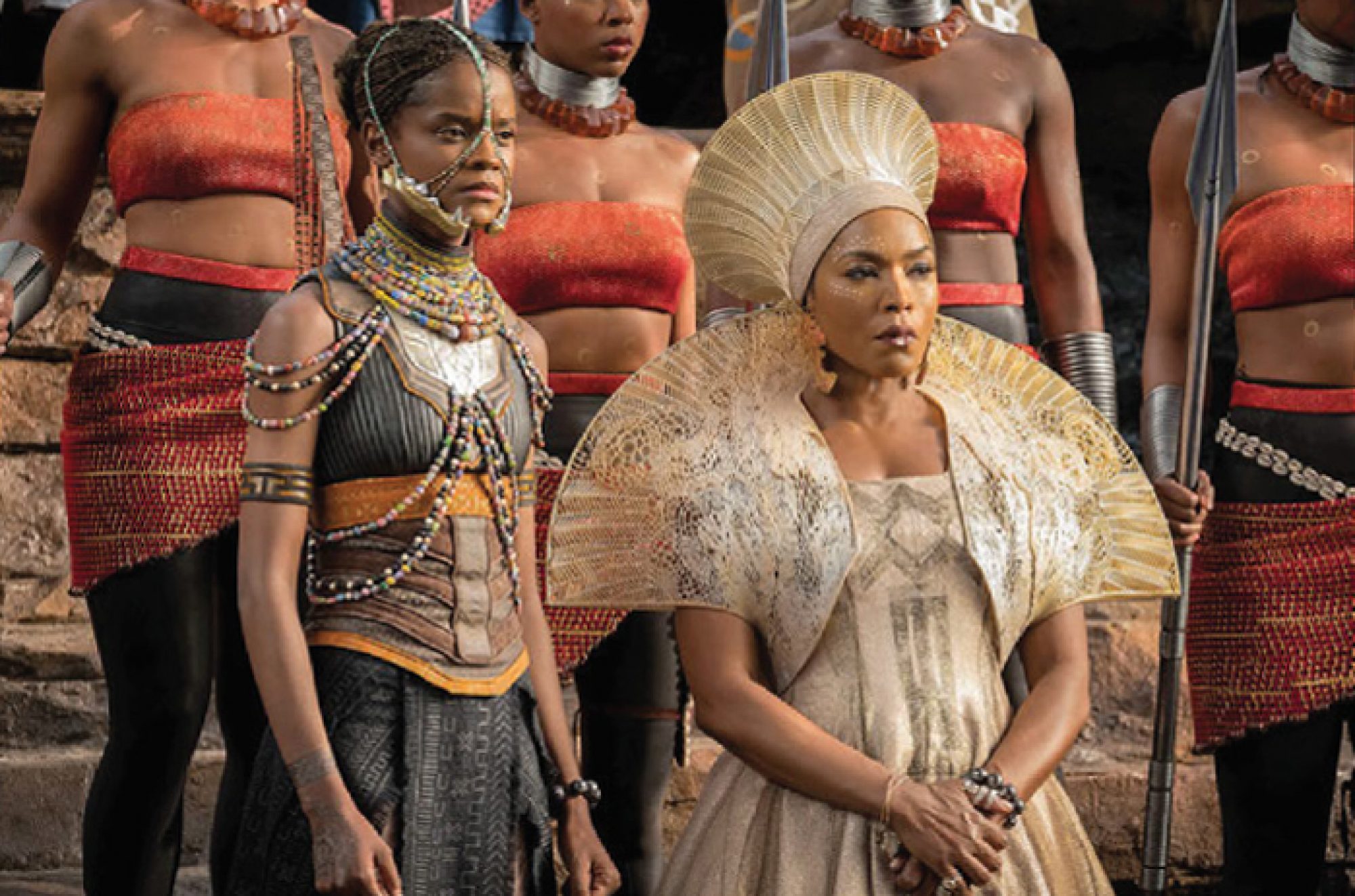 Ruth and her team had the garments 3D printed with a flexible synthetic material, using the traditional lace patterns to create an algorithm that allowed for both strength and flexibility. Perfectly at home in the technologically advanced kingdom of Wakanda.

Throughout the film, we see T’Challa dressed in different royal outfits as well as his superhero costume. According to Ruth, it was important he looked regal even when in his everyday clothes. He wears several different hand-embroidered suits based on a typical Nigerian outfit known as a Senator suit, comprising a stylish embroidered tunic over smart trousers.

The triangle pattern is a strong story element that Ruth uses throughout her Wakanda designs.

“The triangle is used in African artistry. It is the sacred geometry of Africa and means the father, the mother and the child. I call it the Okavango pattern, named after the delta. It is a thread running through the Wakanda visual language.”

The second major scene in the film where costume does most of the talking and storytelling is when all the tribes gather at Warrior Falls. This scene is meant to be a magnificent spectacle. Not just because of the imposing waterfalls but because it is an occasion for each of the eight Wakanda tribes to show off their culture, tradition and strength in all its glory.

During this scene, each of the tribal leaders has the opportunity to challenge T’Challa to the throne. We get an up-close look at their magnificent costumes and have an opportunity to read their stories in their outfits. Ruth explains that each fictional tribe’s traditional dress is made up of elements from different real-life African tribes and that she chose items both for their visual effect and their symbolic meaning.

T’Challa, Queen Ramonda and Shuri are members of the Panther tribe and the current rulers of Wakanda. The women appeared at the falls in their royal regalia and the king in his warrior outfit.

The female warriors and royal guard, known as the Dora Milaje, belong to the War Dogs. These fierce women are dressed in tightfitting red suits that have a hand-tooled look. The red colour is inspired by Maasai warriors. All the women are decked out in metal armour inspired by Ndebele neck and arm rings. While their leader, General Okoye’s armour appears gold, all the others appear silver. It is made of Vibranium, the fictional metal only found in Wakanda and the source of their wealth and power. 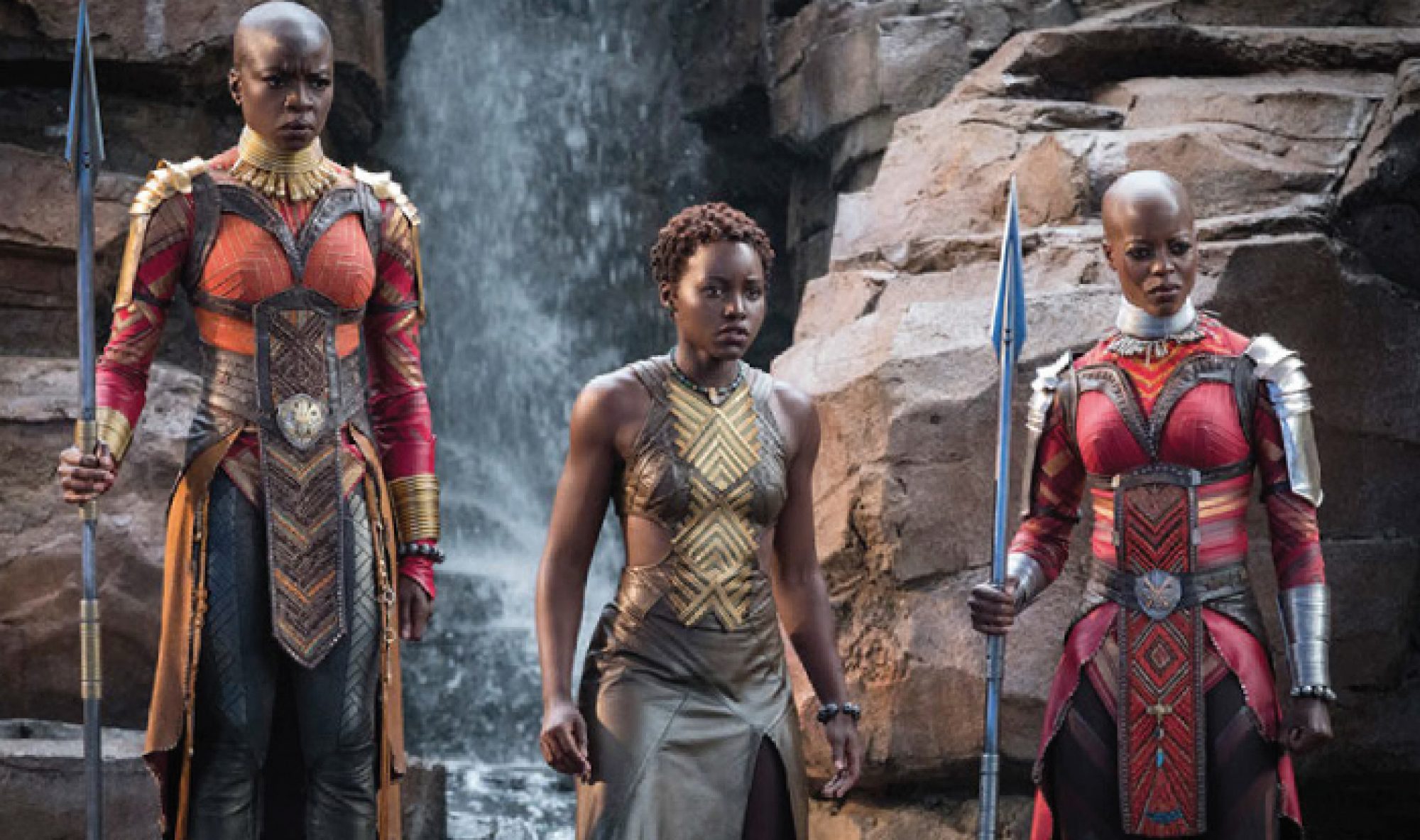 Wakanda’s shaman and spiritual leader, Zuri, is a close confidant and mentor to King T’Challa. He is the leader of the Priest tribe, herbalists and caretakers of the powerful Heart Shape Herb from which the Black Panther gains his strength and superpower.  Zuri has a magnificent presence. His flowing, wide-sleeved, purple robe, inspired by the Agbada robes traditionally worn by Yoruba men from Nigeria, is decorated with beadwork from Turkana and triangular embellishments on the sleeves, continuing the Okavango pattern. Zuri’s outfit is rich and multi-layered and includes Miyake-style pleating, beading and a handstitched tubular layer. “It is a powerful and mysterious costume,” Ruth says.

The Border Tribe’s role is to protect the land borders of Wakanda. They are a rural, pastoral tribe and both their lifestyle and traditional dress are based on the Sotho people from Lesotho. They wear Basotho blankets to protect against the elements. These blankets are imprinted with a layer of patterned Vibranium, doubling as shields in battle. Lesotho-inspired knitted headcovers with a heart-shaped border around the face protect them against the elements.

The Mining Tribe, responsible for Wakanda’s vital and treasured Vibranium mines, has a female leader. Their tribal dress is inspired by the Himba people of Namibia. Her dreadlock-style hair is called erembe, made with ochre and shea butter with the tips of her locks made from tufts of goat hair. She wears a crown of amber beads. The tribal elder at her side is wearing a beaded Maasai headdress stitched by Ruth Carter herself. The orange and red hues of their outfits are inspired by the Turkana people from the arid north west of Kenya.

The Wakanda waterways, including Warrior Falls, are ruled by the River Tribe. Nakia, a Wakanda spy and King T’Challa’s love interest, is a member of the River Tribe. Her battle harness is decorated with cowrie shells and hand embroidery and is inspired by the Surma people of Ethiopia. 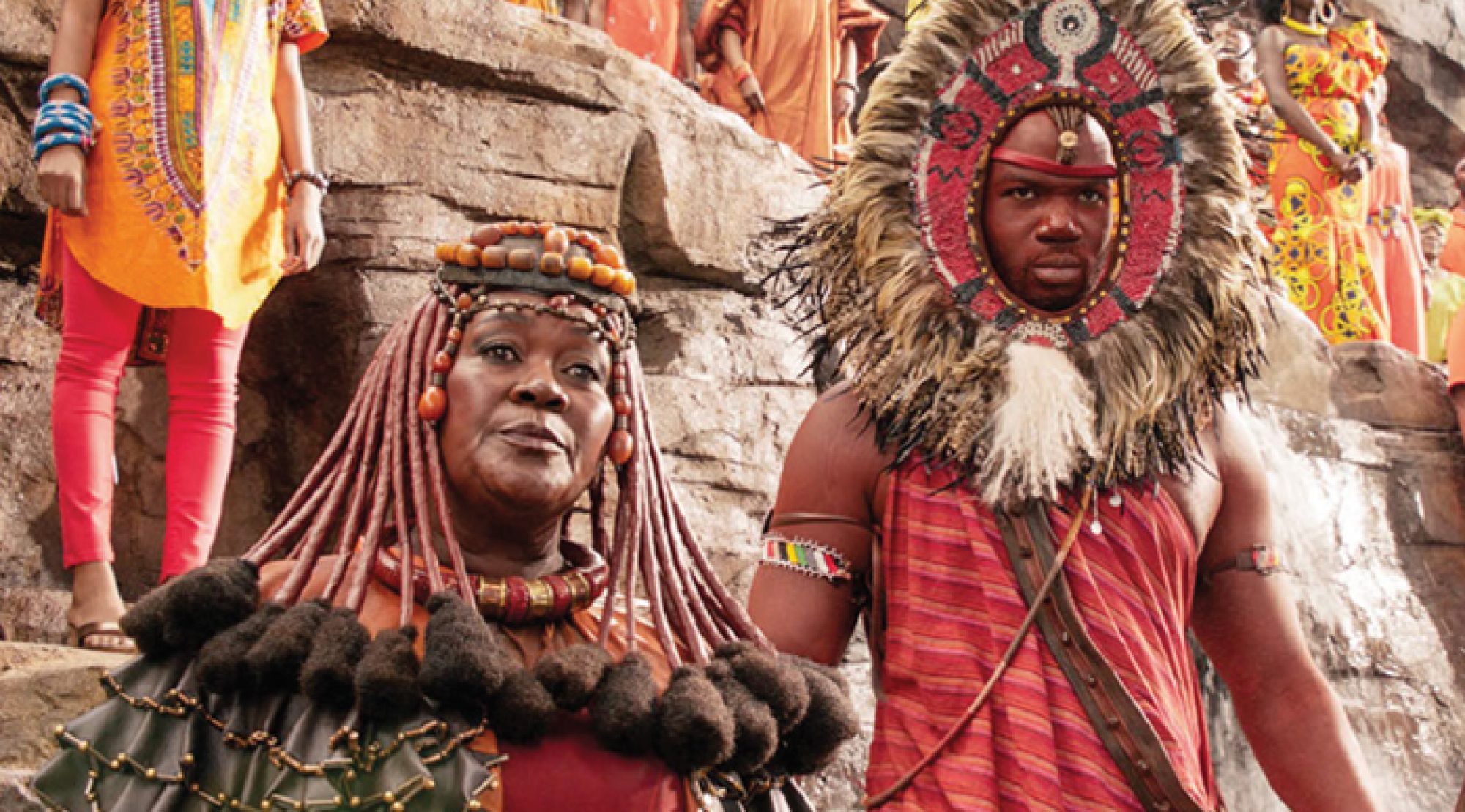 The River Tribe elder is one of the most striking characters in the film. Although he plays a very small role and only appears in a few scenes, his large Surma-inspired lip-plate and eye-catching outfits make him hard to ignore. At Warrior Falls he wears a tunic and sash with distinctly embroidered African motifs and cowrie shells. These same motifs repeat in his earplugs.

“The lip-plate is mainly used by African women,” Ruth explains, “although men do adopt it. The bigger the plate the more prominence they have in the tribe.”

The Merchant Tribe, responsible for trade and commerce in Wakanda, also has a female leader. She is decked out in magnificent gold earrings inspired by the Fulani tribe of West Africa and a robe decorated with Ethiopian crosses and Tuareg symbols. Her fierce warrior is decked out in an indigo blue Tuareg robe and a headscarf.

Lastly, the Jabari or Mountain Tribe lives separately from the rest of the Wakanda tribes. They still abide by the old way of living without technology or the use of Vibranium. They do not recognise T’Challa’s reign. Ruth used the Dogon tribe of Mali in West Africa as her inspiration when creating the Jabari tribal dress, but instead of the Dogon grass skirts, they wear leather, fur and other natural fibres to protect them from the cold mountain elements. Their tribal craft is woodworking and their master carpenters create finely carved masks and religious figures based on Dogon tribal artefacts.

One of the most important visual story-telling tools Ruth used to differentiate the tribes was the use of colour. Only the Dora Milaje wear red and black, only Lupita and the River Tribe wear green, only the Mining Tribe wear orange, and only Zuri and his fellow priests wear purple. 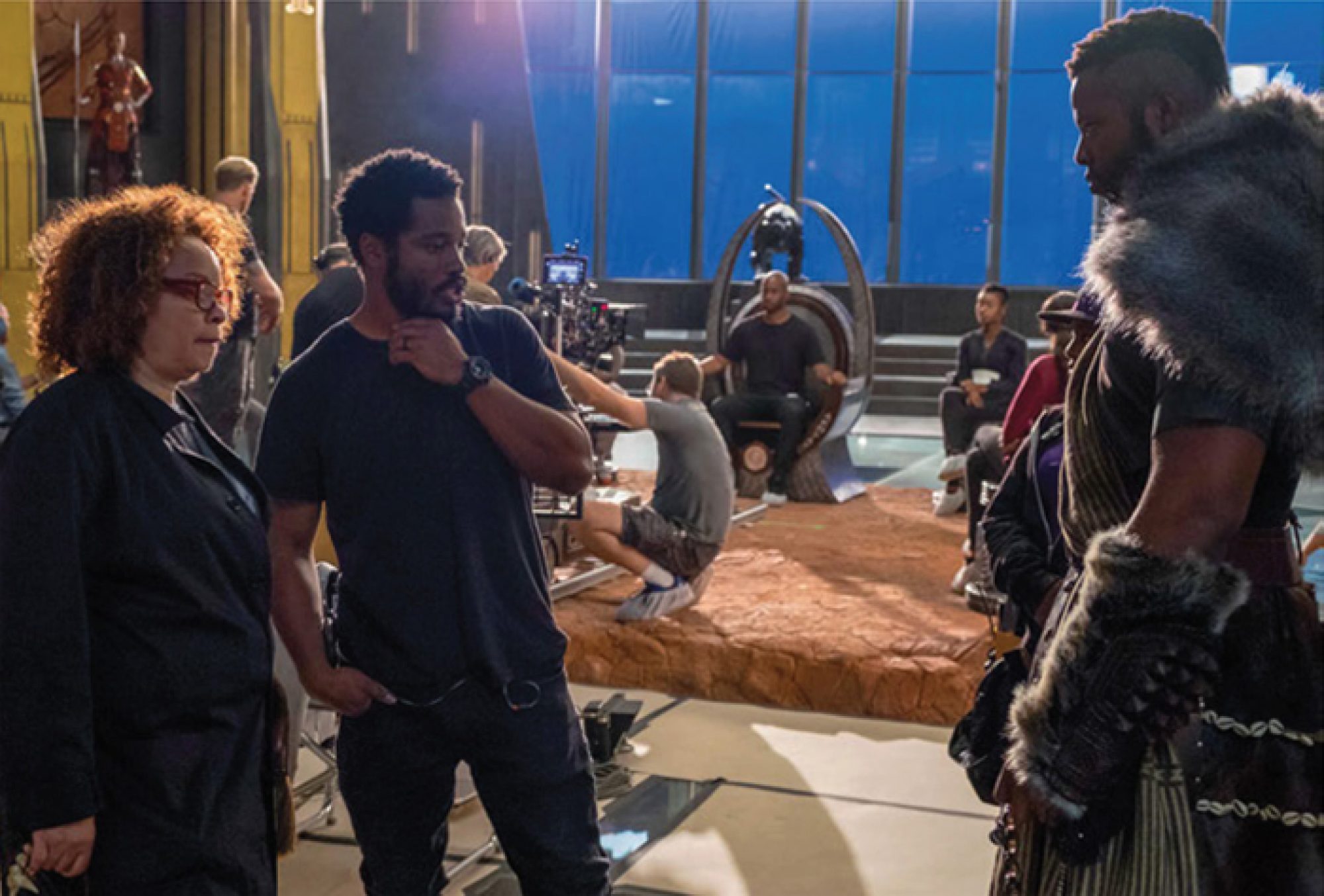 The Black Panther movie broke new ground on many levels, but it was Ruth Carter’s remarkable vision and use of traditional textiles, ethnic embroidery and costumes, combined with advanced technology and pure fantasy, that bring the story to life. Storytelling at its best and most magnificent.