Believe It or Not, Nobody’s Perfect – Part 2

Following on from part 1 of our article last week HERE where we began sharing stories from renowned designers brave enough to tell us about their stitching failures, this week we continue our discussion around being OK about making mistakes. 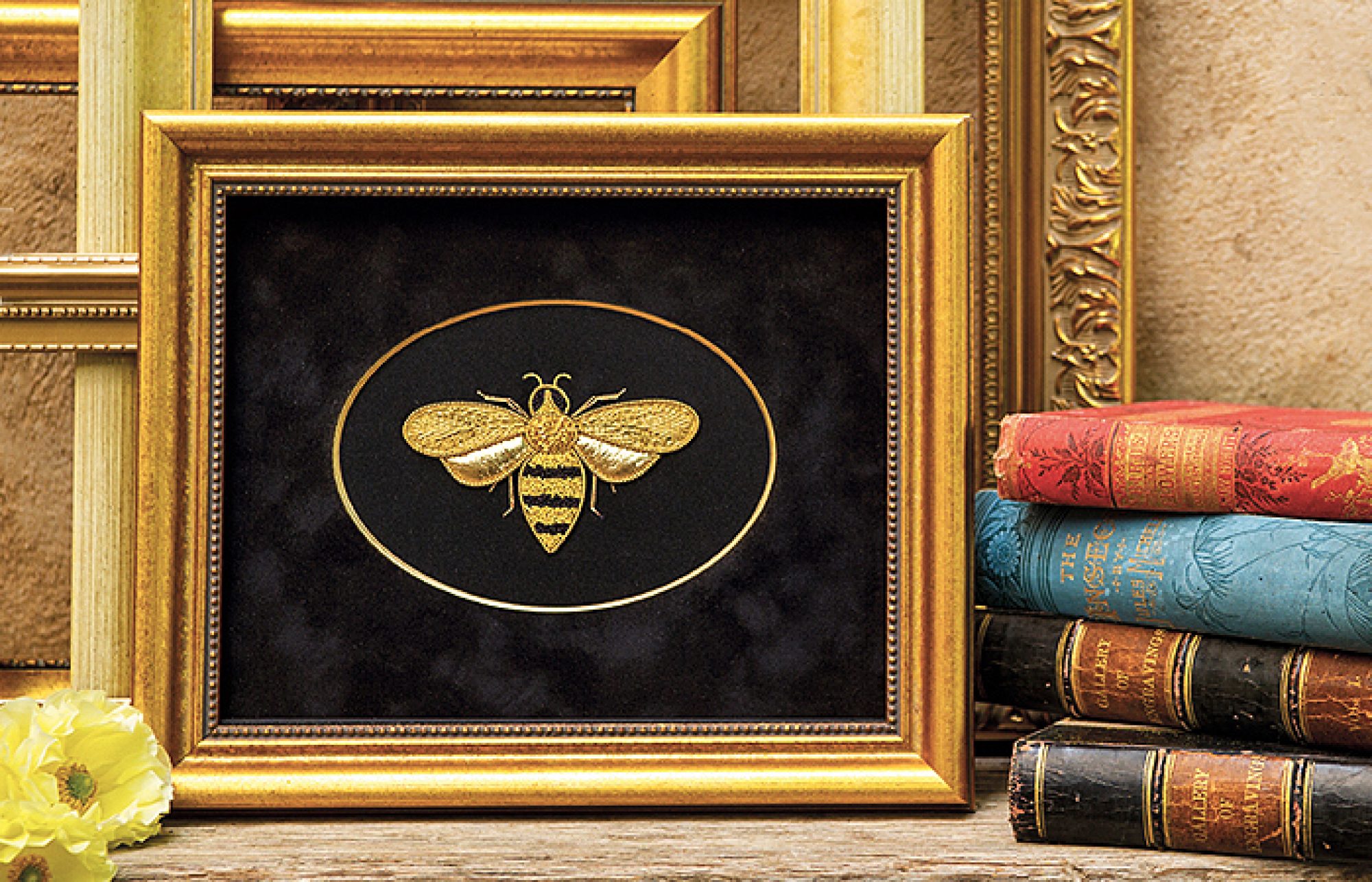 First, we’ll bring you the story of another one of your favourite designers,

Alison Cole, who is just as prone to errors as anyone (hard to believe we know!) but also do a little exploration into the psychology behind making mistakes and just how beneficial it is.

To get started we asked Alison whether she had ever experienced any stitching failures, and she responded with this story:

‘While working on the Diamond Jubilee Sampler for the Embroiderers’ Guild of Victoria, I counted the threads for the first drawn thread band – recounted them, pinned and checked again just to make sure. I then withdrew the four centre threads of the group of twelve – problem was, I was supposed to withdraw the top four and bottom four and leave the centre four… After a minute of laughing at myself, I took four threads from the top edge and wove them back into the linen and then withdrew the threads I was supposed to.’

How many of us have done that? 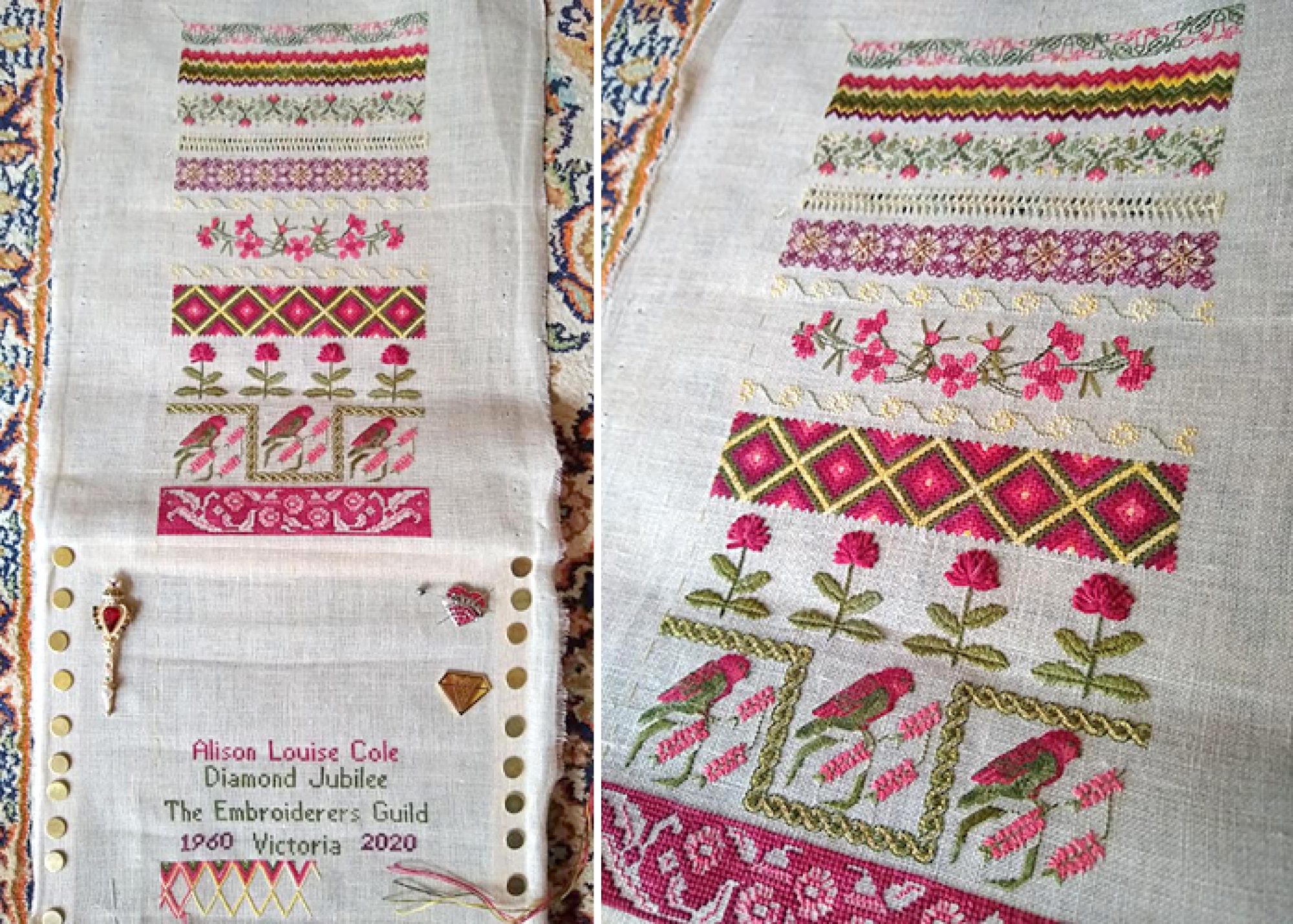 She continued, though, with some great advice:

‘The thing that I tell all of my students is that most things can be fixed, so don’t reach for scissors or a quick unpick until you’ve really checked out whether it can’t be saved.

Everyone has stitching failures – and if I stitch something and I don’t like it, then I unpick it and stitch it again. However, when I’m testing a stitch or technique that I’ve been researching, I don’t unpick, I just keep working the sample. The progression of my thoughts on the technique are as valuable as the finished piece.’ 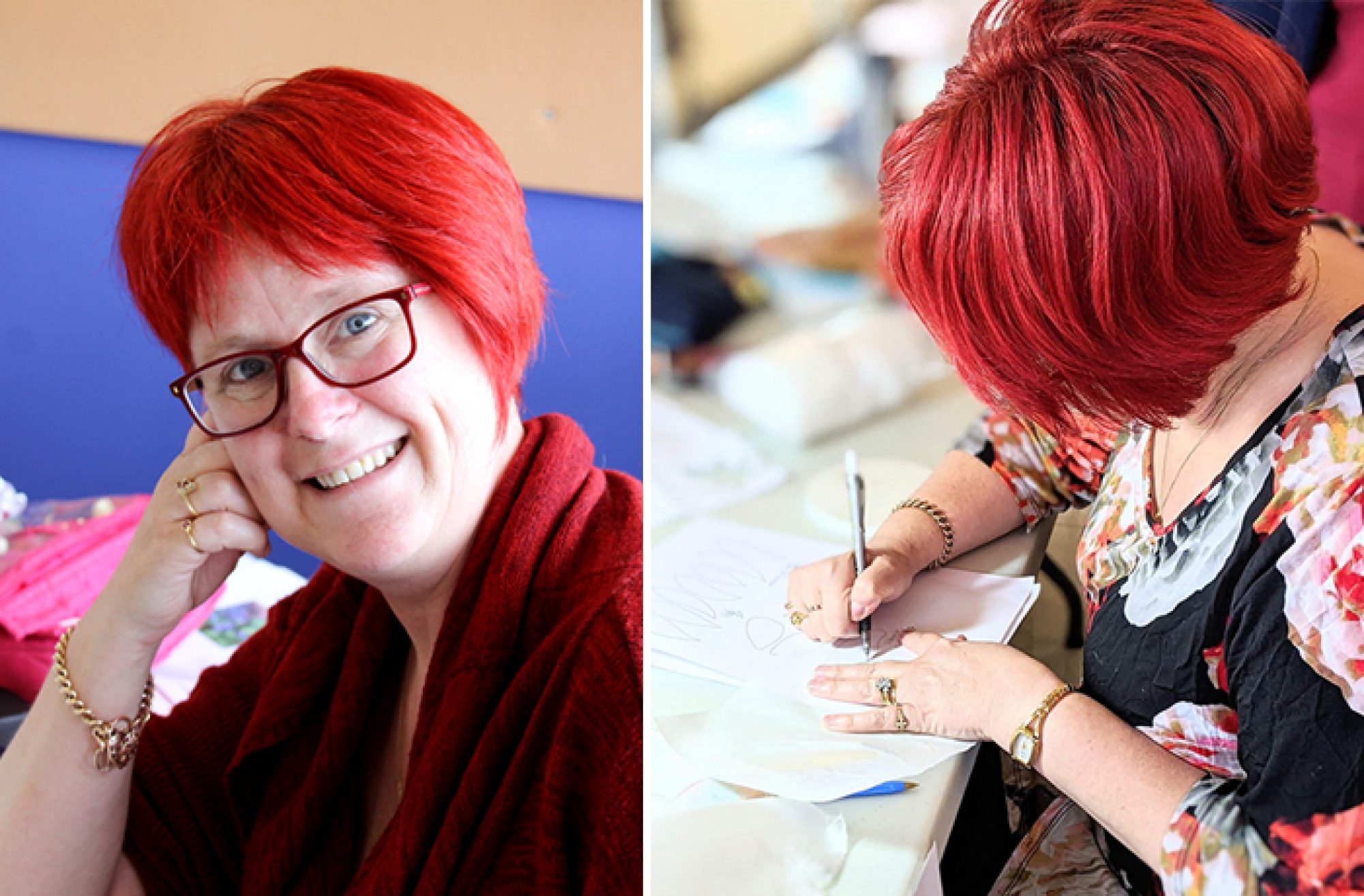 Many of us are perfectionists – indeed, that tendency towards perfectionism can make us better stitchers in some ways, but it should never mean that we are immune to mistakes. In fact, there is plenty of research now in the field of psychology which demonstrates just how vitally important mistakes are to our growth.

During the twentieth century, the influence of behavioural psychologist B.F. Skinner meant that, especially in western cultures, there was a strong fear of making mistakes. Skinner had determined during his experiments on rats and pigeons that a mistake would become embedded and would then have to be trained out of the mind. 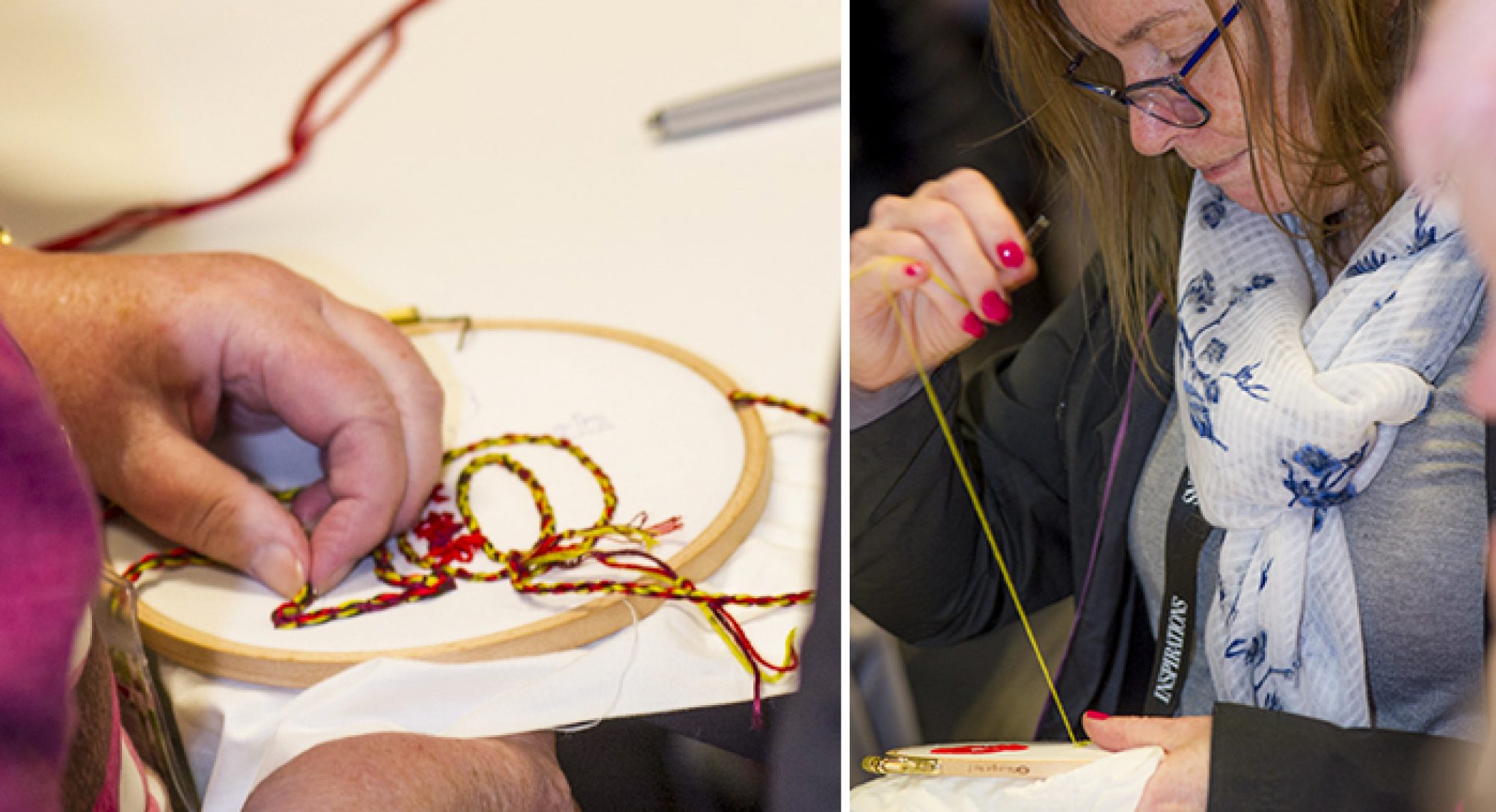 However, fortunately things have moved on in the twenty-first century (not least by the recognition that humans are neither rats nor pigeons!). Further research was warranted as comparisons were made against the western tendency to help children avoid mistakes in their learning, as opposed to the Japanese tendency to embrace mistakes.

Why were Japanese children consistently outperforming their western counterparts?

Recently, study after study has shown how the minds of students grow and develop through the process of working through errors. It is the difference between a ‘fixed mindset’ which believes that mistakes indicate some kind of weakness or not being good at something, and a ‘growth mindset’ which recognises that a mistake is a way to identify where one needs to improve – and then work on it.

Unfortunately, our culture is so set on the belief that mistakes equal something bad that even in the face of overwhelming evidence we find it hard to let go of. We should always be seeing ourselves as a work in progress, getting better and better by the day through recognition of those areas we’re weaker at. How are we going to discover those areas without highlighting and embracing our failures?

At this point, we will quote Winston Churchill, who stated that:

‘Success is going from failure to failure without losing enthusiasm.’

In summary, if there is a key take away for us all to consider when it comes to our stitching mistakes it is this – start loving your mistakes! They are actually drivers that help get us closer to any perfection we seek, not further away.

For anyone interested in reading more on this subject, check out the article ‘Why Mistakes Matter in Creating A Path for Learning’ by Claudia Wallis HERE.